The photo below shows ecologist Paul Foreman doing a briefing on Mount Alexander on plans to boost the population of Southern Shepherd’s Purse with a special seeding program.

The plant [Ballantinia antipoda] is found only on the Mount, and its population has been under pressure in recent decades for various reasons. It thrives on moss mats covering granite sheets on the upper slopes. 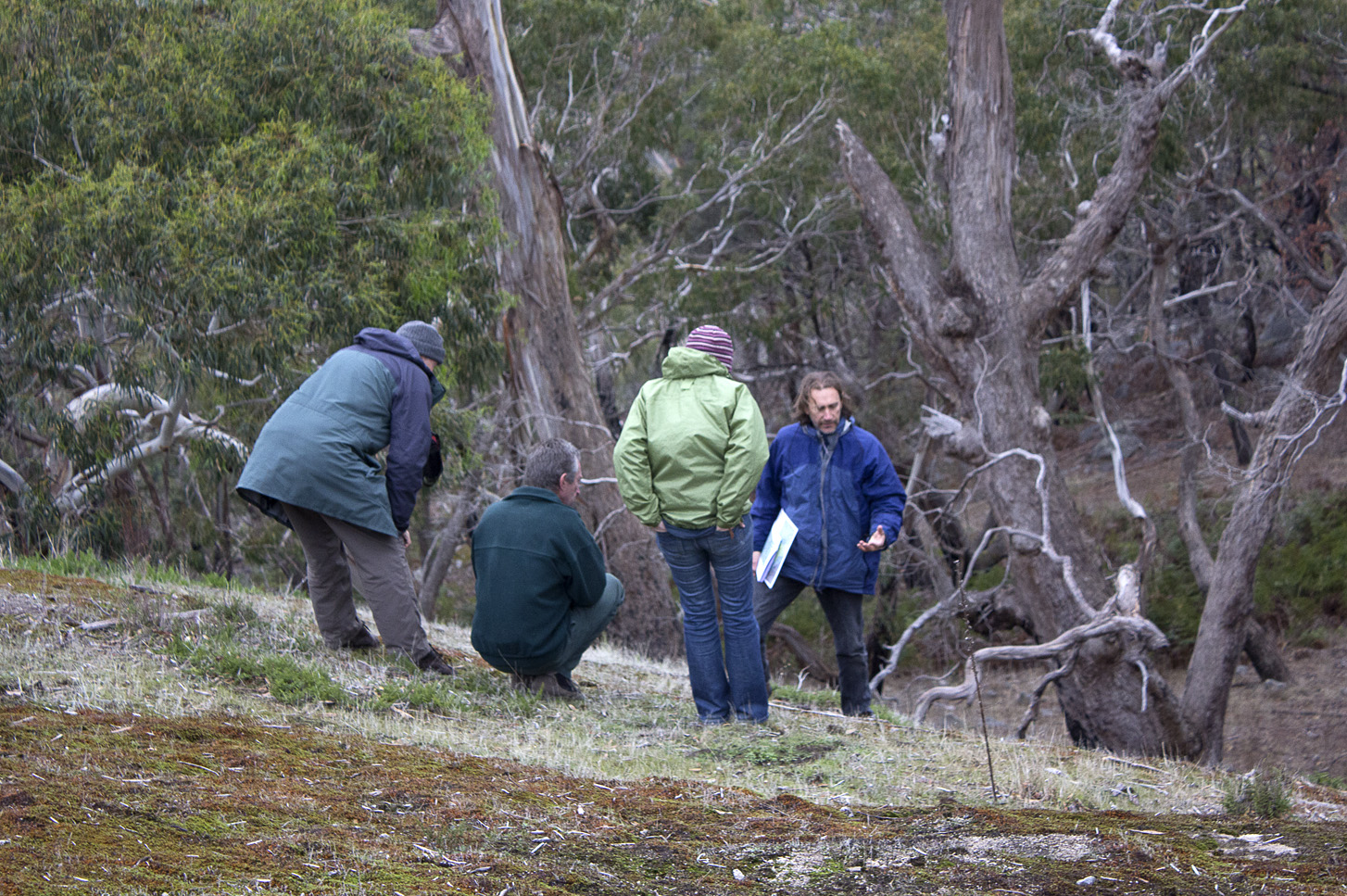 Briefing on Mount Alexander: the Ballantinia is dependent on the moss mats over granite sheets on the Mount, which is the only place on earth the plant still lives.

FOBIF’s moss propaganda campaign resumed last weekend with a tour of Clinker’s Hill run by Cassia Read for beginners interested in getting a hook on this plant domain. Participants were introduced to a few general ideas on the nature and importance of moss, and given a look at ten species growing in the area’s gullies and tracksides.

Several photos were taken during this workshop, but we decided to protect the innocent by not publishing them here. Instead, to give an idea of what a true moss expert should look like, we produce the photo below, from the British Bryological Society. 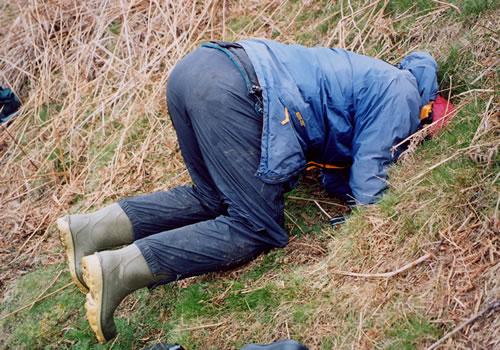 Disturbing behaviour of moss enthusiast. Readers are assured, however, that gumboots are rarely required in our climate. Photo: British Bryological Society 2004

The gumboots are a giveaway that the picture wasn’t taken in our region recently: but the necessity to peer in to dark damp holes may be something we’ll have to face if the present dry conditions continue.