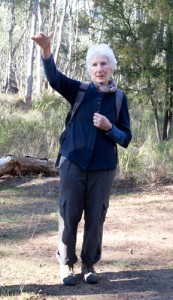 Julie Hurley giving an outline of the Victoria Gully project.

Walkers got a briefing from Julie Hurley on weed clearing and restoration work in the reserve by the Victoria Gully Group. Victoria gully runs through the Reserve down to Forest Creek at Tute’s cottage.

Although degraded like many other waterways in this district, the gully has great potential as a public asset, and the work done by the residents’ group has already enhanced the little known but very pretty reserve. 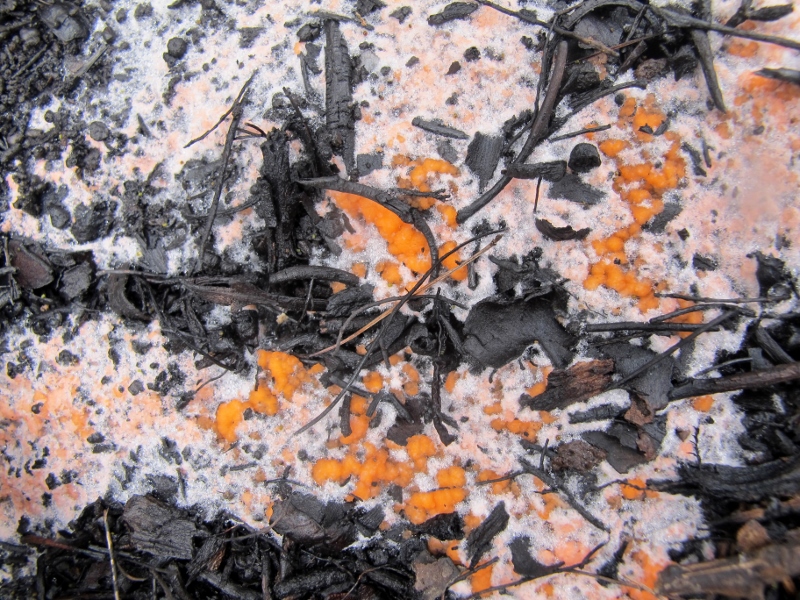 Pyronema fungus in fire ash: it weirdly resembles the glowing fire out of which it came.

Highlights of the walk included sighting of an echidna snoozing in a tree bole, and a series of weirdly spectacular fungi outgrowths from DSE’s autumn management burn. The fungus, Pyronema omphalodes, flourishes in fire ash, and bears an irresistible and intriguing resemblance to a glowing fire.

By taking an off track route up and down nameless gullies and ridge tops, Sunday’s walk showed how you can get a pretty remote feeling in our local bush–less than a kilometre from the town edge. And we got the chance to look over three contiguous DSE management burns: 2009, 2012 and 2013. 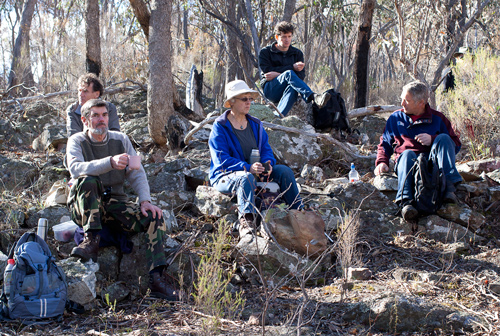 Some of Sunday's walkers at lunch.