Castlemaine has had less than 40% of its long term average rainfall over the months since the start of October 2012.

This is a source of concern for a number of reasons. One is that it has delayed the start of activities for the FOBIF moss group, which is preparing the publication of a field guide for later this year.

One advantage of such a field guide is that it would enable readers to see through  criminals trying to disguise themselves as moss. You may think this is a bizarre idea, but a couple of years ago an ambitious burglar disguised as a lump of moss tried to break into a museum in Oregon. You never know where the next threat is coming from. 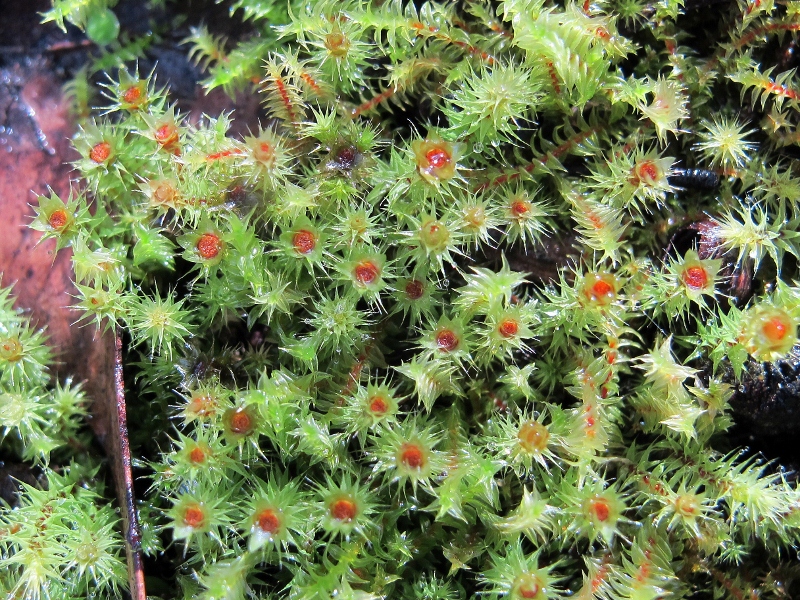 Breutelia affinis and Triquetrella papillata, Mount Alexander: we don't recommend these as disguises for bank robbers. We're not sure about appropriate dress for moss superheroes.

Our source for this story is the New York Post. It’s a Murdoch publication described recently as having ‘long since given up on being a real newspaper’, but we’re prepared to believe this story. The thief was caught when bitten by a police dog which saw through the disguise. The Post’s sub editors were thus unable to resist the headline ‘A Peat Offender: Thief makes a moss of it.’ Not terribly scientific, but what can you expect of the Post?

Moss isn’t only an aid to criminals. David Meagher has revealed in the Australian Bryological Newsletter that there is a super hero called Moss Man. Since we suspect our readers are not well informed on super heroes, we offer David’s in depth research here:

“Yes indeedly, as Ned Flanders would say. In the 1980s a superhero named Moss Man appeared in the Masters of the Universe (MOTU) cartoon series and accompanying line of action figures. Although originally a minor superhero, he was recast as one of the greatest when the series was relaunched in the 2000s. Despite his gorilla-like body covered in fur-like ‘moss’, he was a peaceful superhero who guarded planet Eternia’s flora. His ability to become any sort of plant (and thus camouflage himself perfectly to spy on evil-doers, or rescue others by becoming a handily placed dangling vine, etc.) along with the power to communicate with plants, made him very useful to the Masters of the Universe. In fact, in one episode he saves the entire cohort of Masters from the dastardly Skeletor’s cleverest trap. His main adversary, however, was Stinkor— no guesses what his great power was—whose action figure smelt like patchouli (Moss Man smelt like pine). If you are keen to pick up a Moss Man action figure (I’m not!) there are many advertised on the various online stores and auction sites. Recent prices ranged from AU$8 to AU$340.”