Don’t try this yourself!

Bird netting which lies loosely on the ground can be a menace to small animals like echidnas…and also to snakes, as the picture below shows.

Doug Ralph was asked by a local to help out when a brown snake about two metres long became entangled in netting dragging on the ground. 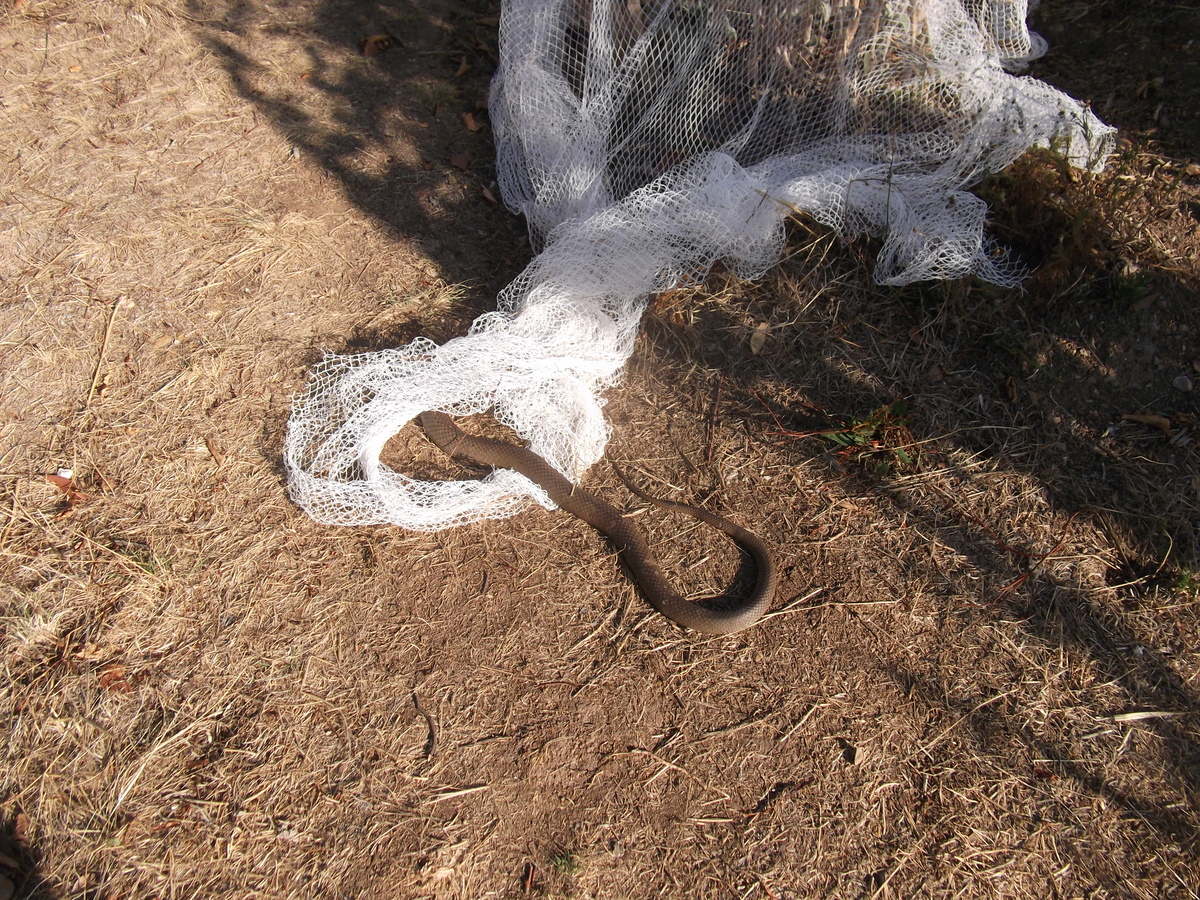 This situation isn’t good for anyone–the snake, which could die from the exhaustion of trying to get away, or any person who may lack the expertise to deal with a potentially dangerous creature. 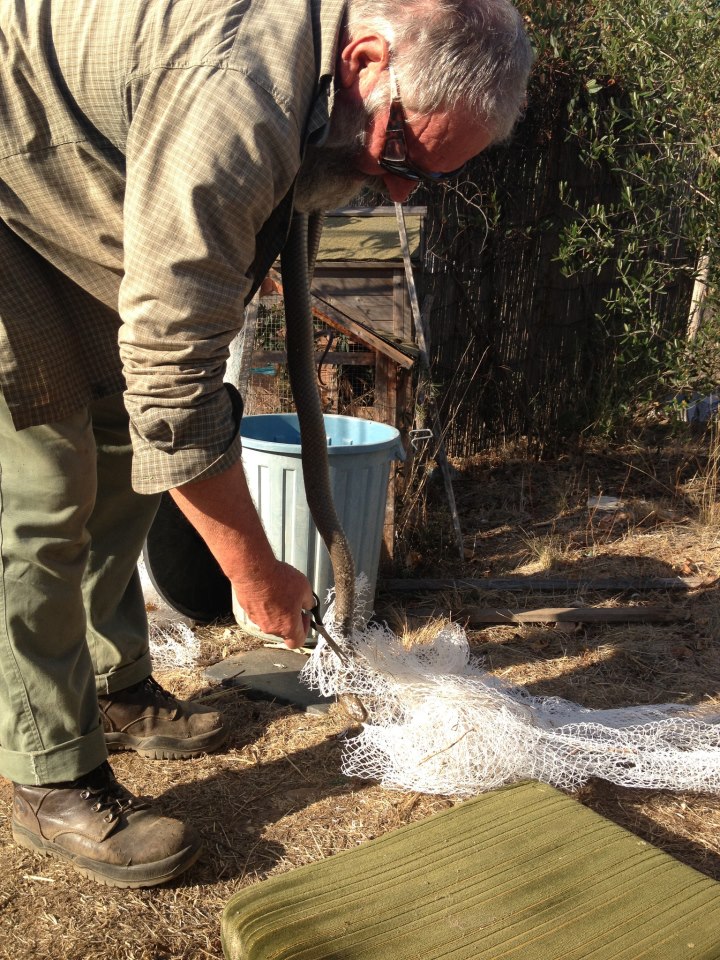 Doug’s method is illustrated above: lift the snake, cut the netting away, then put the creature in a bucket and take it out into the bush. We don’t advise anyone without the expertise to attempt this, however. The Eastern (or Common) Brown is extremely venomous, and becomes aggressive if threatened.

The moral is: don’t let your bird netting drag loosely on the ground.