FOBIF has produced a weed map of the south western corner of Kalimna Park. This section of about 24 ha—essentially  the area from Kalimna Point to the golf course— is currently scheduled as a DSE Zone 1 asset protection burn [CAS 003], possibly this Autumn. We’ve been advised that DSE plans to treat the area closest to the town [heavily infested by gorse] by slashing.

The weed maps can be seen in our Documents section.

From our point of view, one of the interesting results of the survey is the confirmation that the areas along the Kalimna tourist road, and north east of the town water tank, are relatively weed free—as well as being floristically very interesting. DSE officers have been sympathetic to representations from residents concerned about the special qualities of this area.

The southern section of the block has a colony of Eltham Copper butterflies. 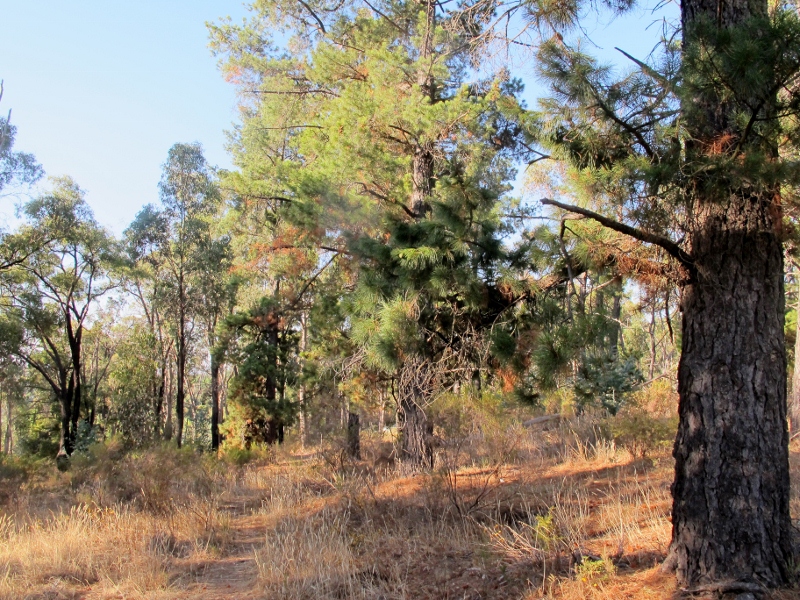 Section of Kalimna Park in the CAS 003 burn area. DSE is proposing to slash the section closest to the town.

FOBIF accepts that there’s a fuel management challenge in the Park, because of its proximity to the town boundary at Fletcher Street.  The area of CAS 003 is small by the standards of DSE burns: but it may be that the challenge would best be met [from the point of view of reducing fuel while getting a good ecological result] by breaking the parcel into even smaller sections, and treating each according to its particular qualities.

A long term program to eliminate gorse altogether and to thin out feral trees of various kinds would also be a benefit all round.

Treating the area in small parcels would no doubt be more expensive than burning the whole section as a block; but there seem to be enough demarcation tracks in the area to make it less difficult than it might otherwise be.

Moreover, it’s worth recalling the view of the Royal Commission Monitor, Neil Comrie: if DSE was not obliged by the five per cent target to burn large areas of remote bushland, it would have more time and resources to devote detailed attention to where it really matters: in areas close to settlement.