The objections by FOBIF and some local residents to current proposals to build a housing development at Diamond Gully were rejected at the Victorian Administrative Appeals Tribunal in December.

The VCAT decision was reported in detail in the Midland Express [December 11]. FOBIF made a submission, but was not represented at the appeal hearing, and the panel’s findings did not refer to our grounds of objection. These were, in substance, to do with fire and forest health.

It’s worth repeating that FOBIF has consistently made plain that we have no objection to a housing development in this area—consistent with protection of high quality bushland, and avoidance of high fire risk placement of housing. 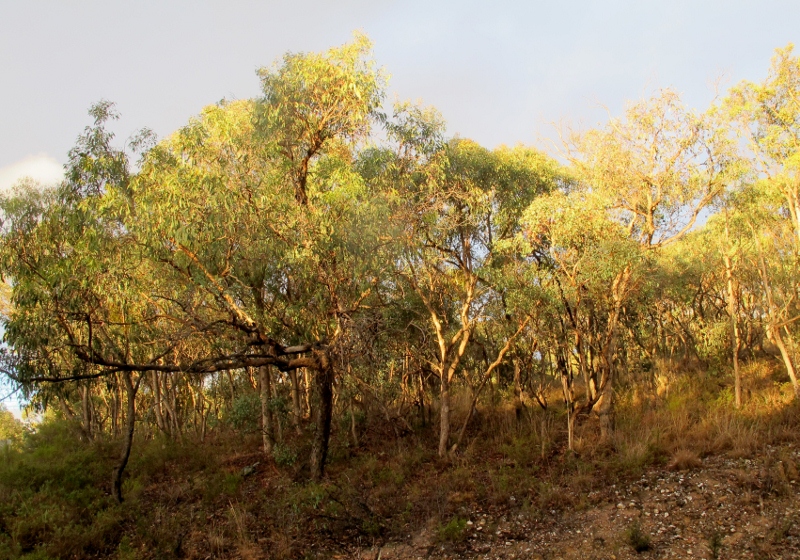 Bushland near Castlemaine: evidence submitted to the Royal Commission showed that houses closer than 50 metres from the bush stood a 50-60% chance of being destroyed under extreme bushfire conditions.

Our submission read, in part:

‘The CFA had previously made an assessment of an adjoining subdivision west of this proposal [Friends of the Iron Bark Forests v Mt Alexander Shire [2011] VCAT 2181 (22 November 2011)]. The CFA assessed the vegetation here as being “Medium Forest” and hence requiring a defendable space of 50 or 60 meter…

On this subject, the following comment on fire danger to housing by Macquarie University researchers is worth quoting:

‘The single variable that explains most of the vulnerability of a home to bushfire is its distance from the bush. Research conducted by Professor John McAneney and Dr Keping Chen in 2004 and 2010 mapped the location of houses destroyed in some major historical fires and their distance to the nearest bushland interface.

They estimated for the Royal Commission into the 2009 “Black Saturday” Victorian fires that historically about 85% or more of the properties lost since the 1967 Hobart bushfires were located within 100 metres of the bush. They found no record of buildings further than 700 metres being lost to bushfires, even though we know embers can travel much further than this.

‘The likelihood of a property being destroyed in a fire if located within 50 metres of bushland under extreme fire weather conditions is around 50-60%. For homes within 10 metres of bushland in Marysville and Kinglake during the 2009 Victoria Black Saturday fires, it was around 80 to 90%. Some 60% of all homes destroyed in these two towns fell within this distance category (less than 10 metres).’ [from ‘A history of vulnerability: putting Tasmania’s bushfires in perspective’ see  http://theconversation.edu.au/a-history-of-vulnerability-putting-tasmanias-bushfires-in-perspective-11530

Over the years FOBIF has consistently argued the position that proper planning should take into account bushfire risk, and we will continue to push this argument.