FOBIF has received a reply from the Minister for Bushfire Response, Peter Ryan. We asked him if he had considered Royal Commission Monitor Neil Comrie’s recommendation that the five per cent burning target be revised. It’s now clear from the three letters we’ve had from Government members that there is no intention of doing anything about Mr Comrie’s recommendation.

When Mr Comrie’s report was released, Mr Ryan told The Age  [August 1], ”I see the logic of what he argues and we will give it due consideration,” he said.

Mr Ryan doesn’t bother getting even this specific in his response to FOBIF. His letter runs as follows:

‘Thank you for your correspondence received by this office…in which you raise concerns regarding planned burning. 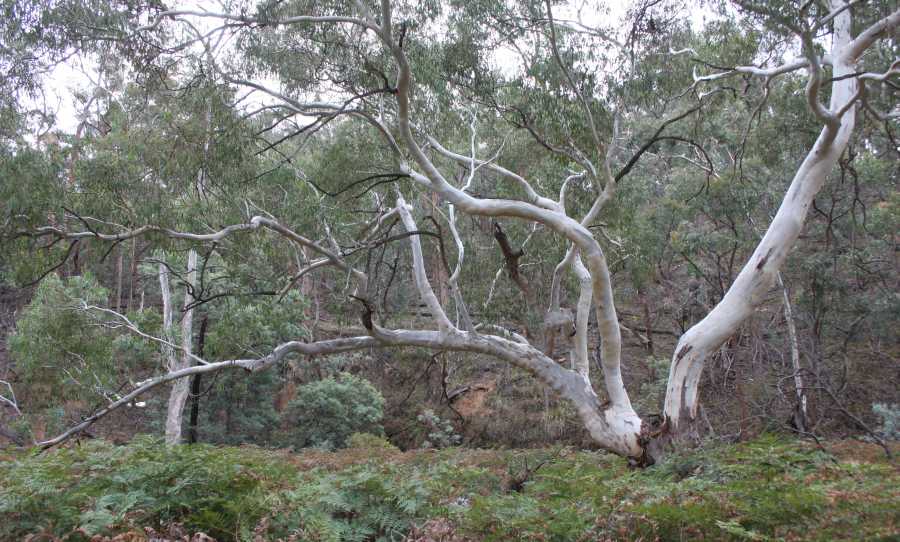 Tarilta Creek valley before this year's 'control burn': Large operations like this in remoter areas reduce DSE's capacity to do the detailed work which would enable it to protect the community without damaging the environment. The Government appears to be ignoring the Royal Commission Monitor on this matter. Photo: Dominique Lavie

‘It is important to note that planned burning is part of an integrated plan to reduce the bushfire risk to people, property and communities. Combined with community and householder preparedness, planned burning is a very effective way to reduce the risk of future bushfire by reducing the extremely high fuel loads that have built up in our environment, slowing bushfires down and  making them less intense, and therefore easier to control before they grow and threaten properties and communities.

‘As the issue you raise relates to the Department of Sustainability and Environment, I have forwarded your correspondence to the Honourable Ryan Smith MP, Minister for Environment and Climate Change, for his consideration and response.

‘Thank you for raising this matter with me.’

In other words: ‘I’m not answering your question.’ As our readers know, we have already had Mr Smith’s reply in the form of a letter from DSE’s fire boss, Lee Miezis. He didn’t answer our question either: from which we have to conclude that the Government isn’t going to do anything about Mr Comrie’s recommendation. There’s no evidence that it’s been given any consideration at all.

And here’s a thought: FOBIF members have spent a lot of the last ten years going to DSE briefings, examining control burn sites, and poring over Codes of Practice, Fire Protection Plans, Parliamentary and Royal Commission reports, and other documents related to fire management. Yet the letters we’ve received from the Government avoid answering questions, and concentrate mainly on offering us patronising oversimplified summaries of what management burning is all about.

We know what it’s about. We just don’t think it’s working. As the Age noted on August 1:

‘La Trobe University Professor Michael Clarke – who was called as an expert witness on fire ecology at the 2009 Bushfire Royal Commission – said: ”When the next really big fire happens, people won’t be asking government ‘Did you meet the 5 per cent target?’, they will ask ‘Did you do the burning in the key areas that really reduced risk to life and property?”’’

On October 29, Damian Drum MP wrote assuring us that ‘the effectiveness of many bushfire prevention policies is…under constant review by both the Government and [DSE].’

It’s getting harder to believe that this is true.