North Central Waterwatch has released a handy Fish Field Guide for waterways in the area bounded roughly by Donald in the west, Creswick in the South, Heathcote in the east and Swan Hill in the north. Native fish are little known and it’s a bit of a downer to find out in the guide that 10 of the 22 species in this region are listed as endangered. Threats to native fish include, among others, removal of woody debris and riparian disturbance: another argument for careful restoration of our waterways. 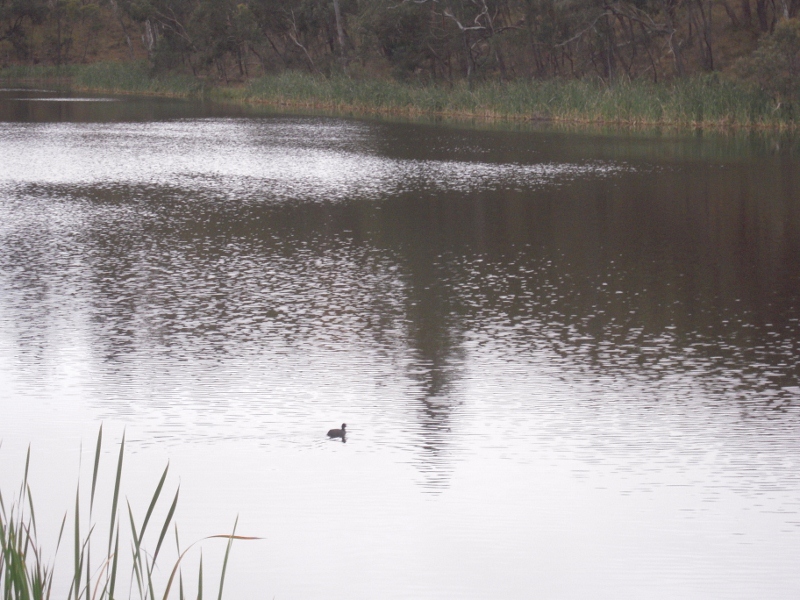 Expedition Pass: a population of Macquarie Perch has been released here as a conservation measure.

Fishing is one area where conservation and recreation have an uneasy relationship. For this reason it’s of interest to note that 10,000 Macquarie Perch were released into Expedition Pass a couple of years ago with the support of local anglers. Macquarie Perch is an endangered species found in catchments to our east. It is described in the guide as ‘likely to have historically occurred in the Loddon River basin’, and the stocking is an attempt to re establish it in the area.

As of December this year the population at Expedition Pass is reported to be doing well. We believe it’s not legal to fish it here. [‘Macquarie perch can only be taken from three waters in accordance with strict catch limits and a three month closed season: http://www.dpi.vic.g…macquarie-perch ‘]

The guide can be got from the Catchment Management Authority in Huntly.