The diversity of water bodies in and around Castlemaine provides the opportunity to view a variety of birds. One of the largest is the Great Egret. This bird can be seen along the edges of swamps and larger dams such as Cairn Curran. Watching one in flight is a sight to behold! 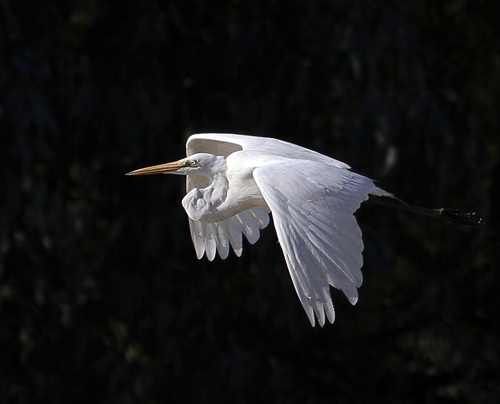 Although somewhat cryptic and hard to see, the Black-fronted Dotterel is actually quite common in this area. Next time you are near the water’s edge have a scan along the edge and you might be surprised to find a few of these beautiful birds. 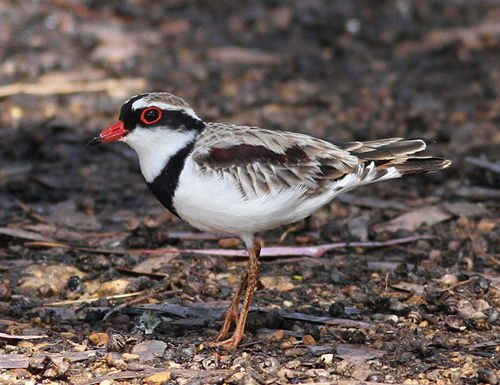 The Chestnut Teal has quite a difference between the sexes, with the male standing out. Although not a common species in this area, these birds can be seen in pairs, sometimes mixed in with other species. But on a sunny day this bird is quite a sight. 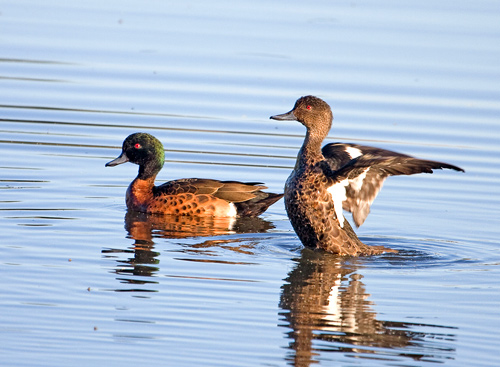