Zone 3: what’s going to happen there?

As we reported on our website last month, DSE has released the draft Fire Operations Plan for consultation. Although FOBIF has many concerns about the plan, and urges members to consult it and make a submission based on their local knowledge, we are urging you here to focus on proposed burns in Zone 3. These are burns generally relatively remote from settlement, and have in the past on paper been devised principally for ecological reasons.

The draft DSE Fire Operations Plan proposes several significant Zone 3 burns in our region in the next three years. The stated purpose of these exercises is: ‘to provide an irregular mosaic of areas of fuel reduction which will complement works in adjacent fire management zones and can assist in ecological resilience and forest regeneration.’ All burns are proposed for Spring between now and 2015: 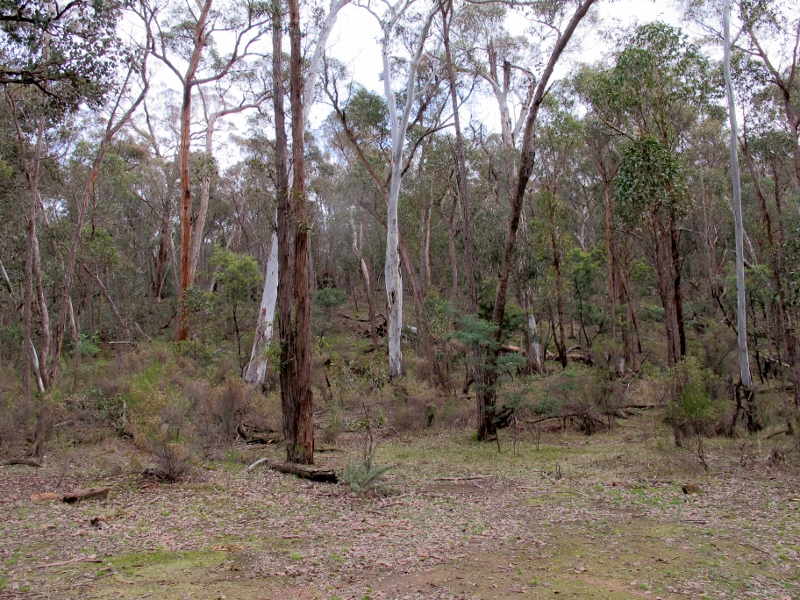 Brown's Gully, Castlemaine Diggings NHP: FOBIF is getting mixed messages about how much of this bush is to be burned, and what attention if any will be paid to ecological values. It's up to the public to urge that DSE follow its own policies on Zone 3 burns.

To find maps of these proposed burns, go to the DSE website:

FOBIF and other interested groups were told by DSE in July that the objective in zone 3 is to aim at ‘at least 20%’ of burn coverage: that is, to burn 20+% of each named parcel, perhaps up to 35%. However, we have been told recently by fire operatives that they aim to burn 50% of each zone 3 parcel [This confirms our observations of past Zone 3 burns, some of which go much higher than 50%]. Further, although the DSE Code of Practice and the stated aim of the burn as we have quoted it above requires a clear ecological perspective on the burn, we have been reliably informed that the intention of these exercises is purely fuel reduction.

It is important that pressure be exerted on DSE to implement its own stated policy regarding the use of fire for ecological purposes.

You can make a difference by writing a short submission to DSE by August 31:

FOBIF is not opposed to the use of fire to improve public safety: we are concerned by the over use of fire without regard for the ecological consequences. The Royal Commission Implementation Monitor, Neil Comrie, recently suggested that the preoccupation with burning large areas of bushland was actually distracting from public safety measures.

DSE is seeking public input to its proposals. It is important that people who care about environmental health give them that input, and that pressure be exerted on them to follow their own longstanding policies on monitoring and adaptive management.

We urge you to put a submission in before the due date.