Eighteen people turned out for the May FOBIF walk led by Barbara Guerin and Lionel Jenkins. The walk was largely focussed on the area’s mining history and Dominique Lavie took a series of terrific photos which are reproduced below.

The morning began with a walk to the top of the Monk with views like the one below. 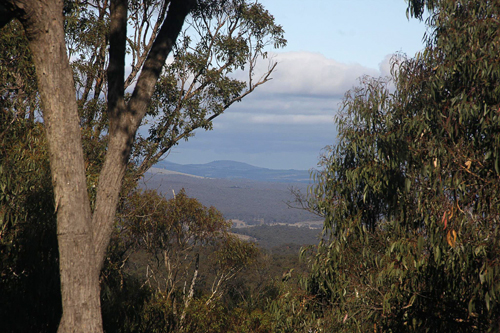 View to the east from the Monk.

Along Cobblers Gully there were many overgrown remains of an early mining settlement. 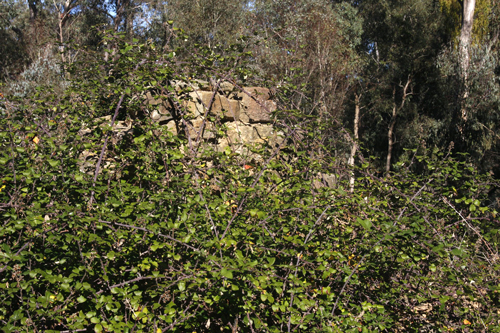 Remains of the Cobblers Gully settlement.

The walk along Spring Gully is covered one of Victoria’s most intact collections of quartz reef mines with well preserved machinery foundations and mullock heaps.  The mines worked from the mid-1850s to the late 1930s.

Spring Gully Mine and Battery ruins 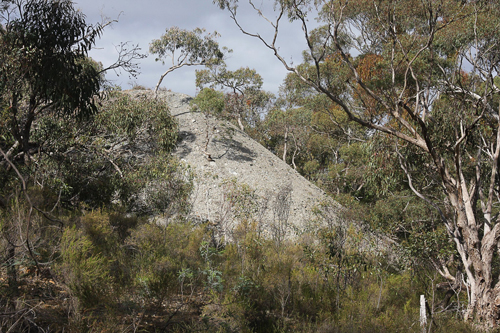 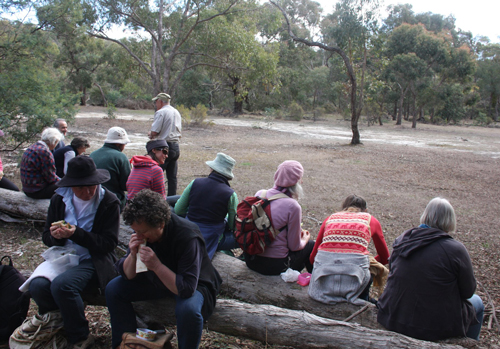 Walkers having lunch at a crushed quartz dam, Spring Gully.

The walk back was mainly off-track. Towards the end we came across this extraordinary chimney pictured below. It was discovered after the walk that according to notes made by Jack Cocks on the Eureka Reef and surrounds the chimney is in the area of the Eureka South mine, which was not particularly rich and closed in the early 1900s.  The reason for the chimney is unclear as the building next to it is not big enough to have housed a steam boiler. It may have been a roasting kiln for mineral recovered from the Eureka Mine battery. 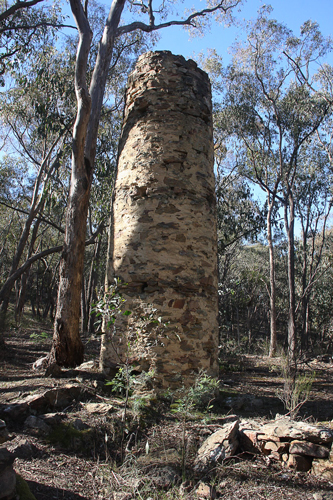 Thanks to Barbara and Lionel for leading their first FOBIF walk and to Dom for her photos. The next walk will be to Tarilta Gorge. Doug Ralph will be the leader.