Readers will remember our criticisms of DSE’s conduct of the Smutta’s track management burn early this year [see our posts of April 26 and May 2]. Specifically we were concerned by the destruction of a very large tree near Hunter’s track, and by the sloppiness of a control line which we believed could easily become yet another unnecessary and erosion prone track in the area, likely to be used by trail bikes and other vehicles.

We were assured by DSE District Manager Steve Nicholson that ‘DSE is committed to rehabilitating the control line as soon as possible after a burn is completed to minimise erosion and access by vehicles.’

FOBIF members visited the area on November 1, and discovered that nothing had been done to rehabilitate the track in question, and that it had indeed been taken up for vehicle use. This track is completely pointless–it goes from nowhere to nowhere else, and is duplicated by other tracks in the area. We will take up the matter again with DSE. 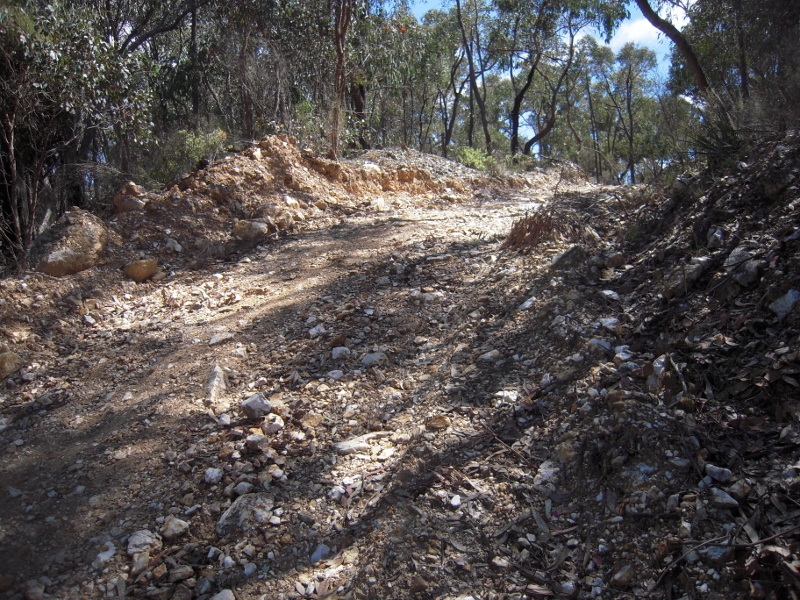