Two FOBIF members recently went to the Wewak Track hoping to see the Matted Bush-pea Pultenaea pedunculata in flower. This creeper covers vast areas and is spectacular when in flower. Unfortunately we were a week or two too early. We did find lots of wildflowers including the Tangled Guinea-flower Hibbertia fascicularis and Liverworts in the wetter areas. 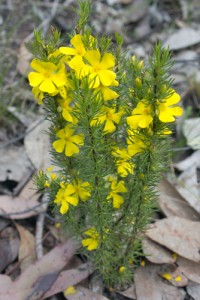 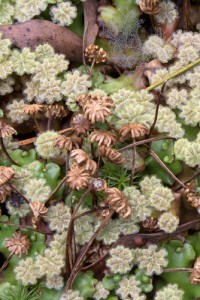 We also found a Bearded Greenhood Plumatichilos plumosa actually trapping an insect. As you can see in the left-hand photo below, an insect is entering the flower along the labellum which is the rigid rod with yellow hairs. This movement triggers the labellum to move upward (see second photo), closing the opening and thereby trapping the insect. The dark area in the flower in the second photo is the insect trying to escape. During this activity pollen attaches to the insect which is distributed when the insect eventually escapes through an opening near the top of the flower. 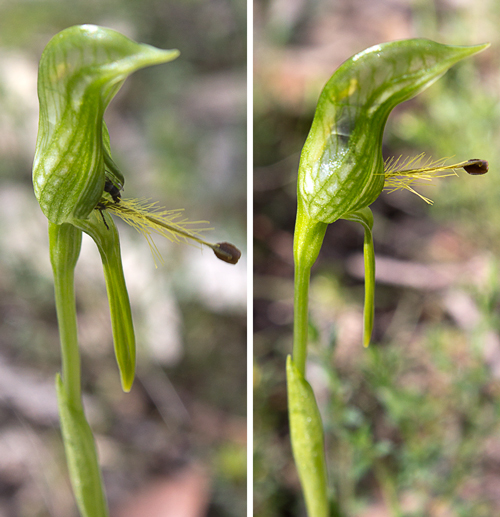 All Greenhoods trap insects but the mechanism differs depending on the type. See the South Walmer Nature Conservation site for a description of how the Blunt Greenhood trap insects.