What’s that on the ground?

After the success of the Castlemaine Field Naturalists folder guide to the indigenous plants of Castlemaine and surrounds, FOBIF has embarked on a project to produce two more guides in the same style, this time on fungi, mosses and lichens. In view of the complexity of the subject matter, we’re aiming for a careful timetable, and a planned launch in Autumn 2013. The project has the support of the Norman Wettenhall foundation. 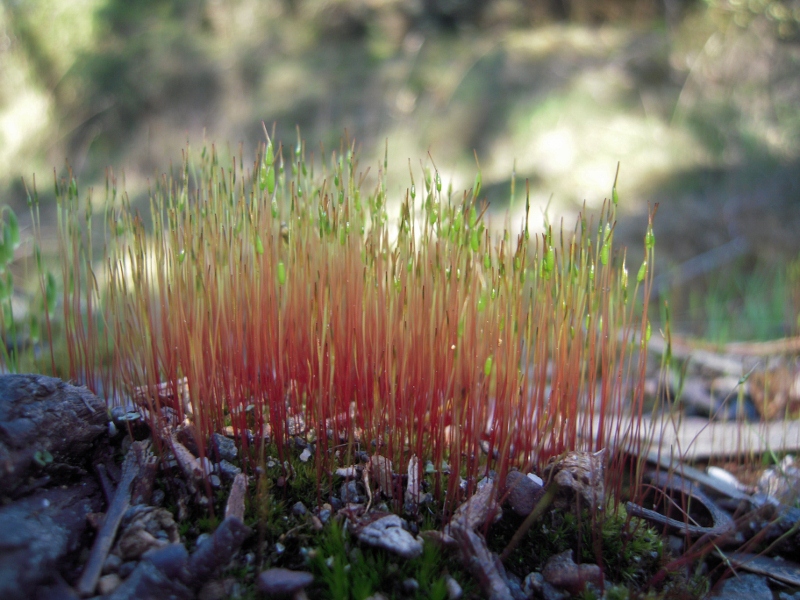 Ceratodon sp, Mcay reservoir road: You need to get down on your knees

An initial meeting to plan the project was held on August 12, and a field day to survey local mosses is planned for August 27. Members interested in having some input to the project are encouraged to contact us. Commitment to diligent and systematic observation and recording will be necessary—and a willingness to spend some time on the knees in the bush.