Harder to identify than Robins are the Thornbills – small and very active, often higher up in foliage, but some species frequent the ground at times.

The most common is the Brown Thornbill Acanthiza pusilla, which really on closer inspection is not overall brown but varies and has striations. Alas, people confuse this with the Striated Thornbill which is similar in size. 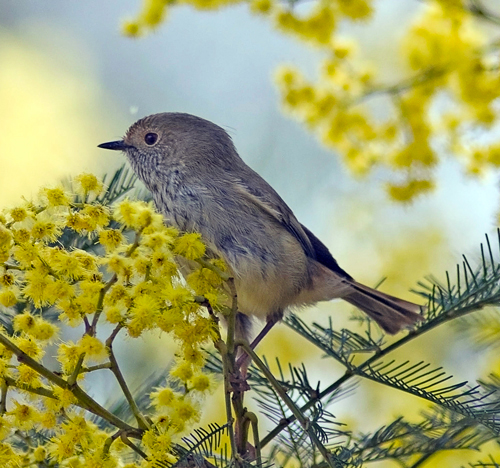 The Buff-rumped Thornbill Acanthiza reguloidesis is common throughout a lot of the forests and often more easily seen as it forages along the ground and amongst low foliage. 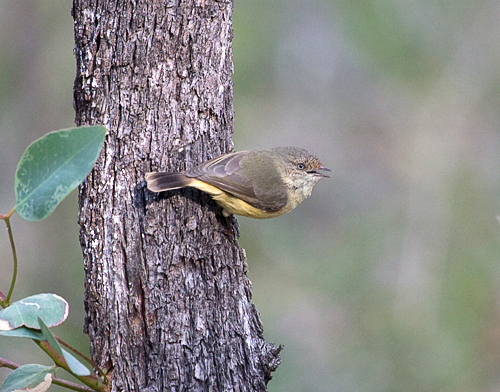