Fire operations: have your say!

DSE’s proposed Fire Operations plans and Fire management zones for our region are available for comment until August 29, and FOBIF members are urged to seek them out and have a say about them.

The plans are available at

or they can be seen at the Mathieson Rd Castlemaine office of DSE/Parks Victoria on Fridays from 9 am to 4 pm.

The amount of area proposed to be burned is significantly higher under this plan, presumably as a response to the Royal Commission recommendations.

FOBIF representatives will be attending a DSE briefing on the plans on Wednesday August 24. At this stage we have two main concerns:

First, we have been consistently disappointed by the conduct of burn operations. The photos below show the area burned by DSE at the Wewak track in Autumn last year. While we would love to see an independent expert assessment of this operation, common sense would suggest that the operation increased the fuel load in the area, while destroying a significant number of old trees. 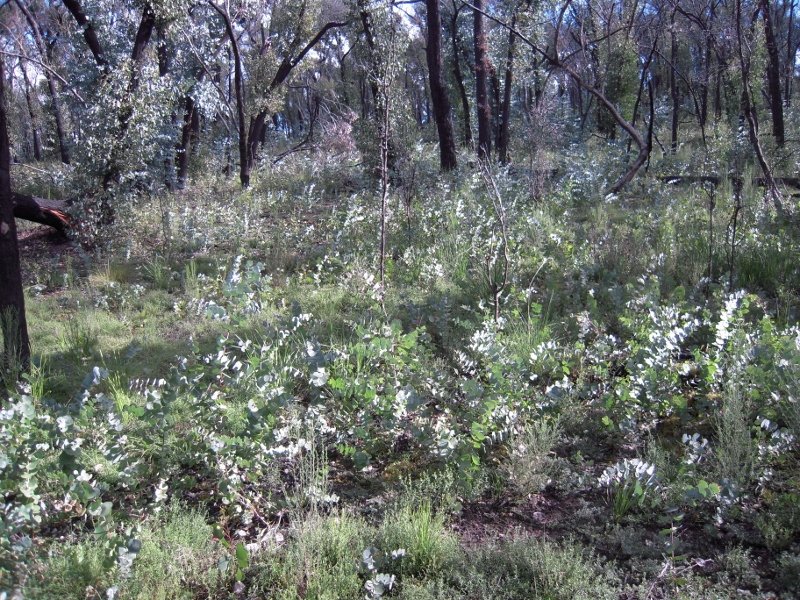 Wewak Tk, August 2011: the management burn was so severe numerous trees were killed, causing this massive regrowth of seedlings. In a few years these will present a greater fire risk than existed before the burn.Photo: Bernard Slattery 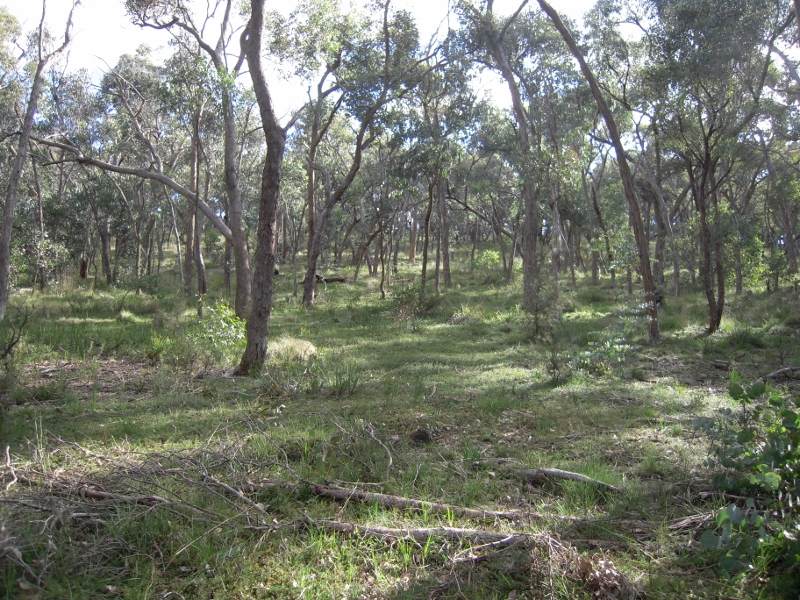 We are also very concerned about large [500+ hectare] burns planned in the Tarilta gorge and Muckleford forest. We cannot at this stage see the point of the first operation, and are concerned that the second is listed as an ‘asset protection’ burn—meaning that it will be burned more severely than would happen if it were zoned otherwise.

It seem to us that DSE is under political pressure to burn more hectares, and does not have the resources to do this properly. We will publish a more considered view on these operations after Wednesday’s meeting. In the mean time we urge FOBIF members to look at the plans, and to express an interest in them: it is important that DSE is aware that citizens are closely observing what they do.