Hakeas: can a good thing be a bad thing?

Visitors to local bushlands will have noticed the widespread flowering of our beautiful local Hakea [H. decurrens, or ‘bushy needlewood’—see picture below], which was particularly proliferating in the south end of the Diggings Park visited by our walking group on June 19. 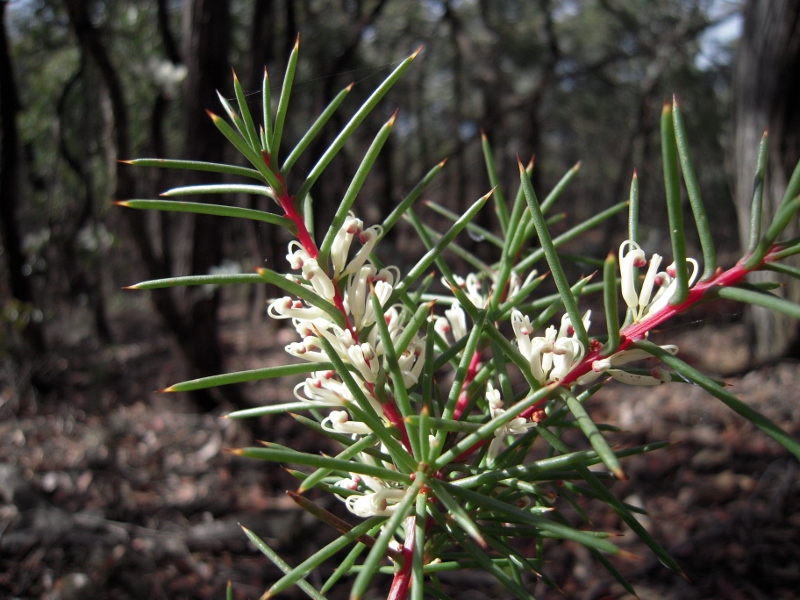 Hakeas are native only to Australia, though some have found a place as weeds in South Africa and New Zealand. Some Hakeas are weeds in Australia too—and that includes the wonderful Hakea laurina [Pincushion hakea], a native of WA. A patch of this can be found on the east side of the Kalimna Tourist road, almost opposite Kalimna Point [see picture below]. The origin of this patch is obscure. It flourishes in years of good rainfall, and fades in dry seasons. It seems not to have spread very far in the time it has been in the park, though one can never tell when an ‘exotic’ plant may become a pest. 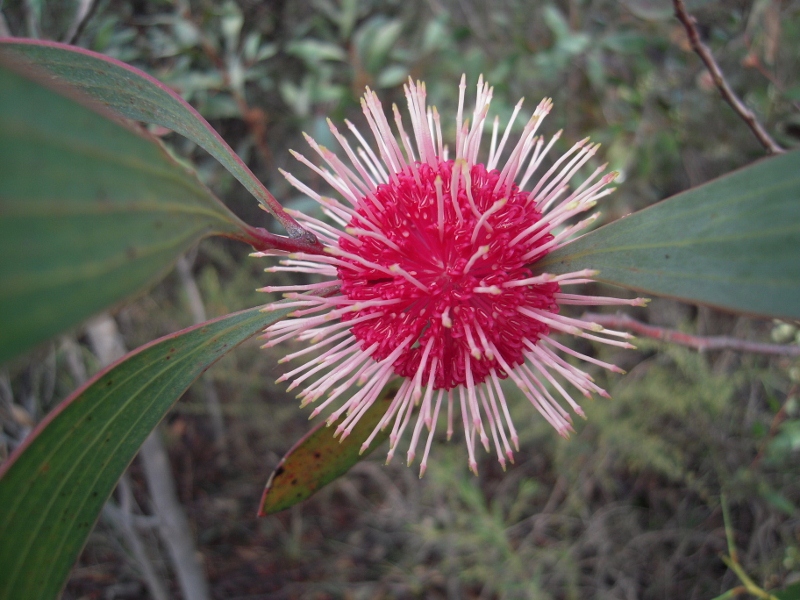 Hakea laurina, Kalimna Park, June 2011: in parts of Victoria it's a pest. Could it become one here? Photo: Bernard Slattery

There are many definitions of ‘weed’, but one useful one is: any plant, no matter how beautiful, which tends to aggressively outcompete indigenous vegetation, creating a relatively boring monoculture. The Australian National Botanic Gardens website, after observing that Hakea laurina has become a pest in parts of Australia, warns: ‘Care should be observed in planting any hakea species and it is recommended that hakeas should not be planted in areas that are close to natural bush.’