Advance of the micro kingdoms

Alison Pouliot delivered a lively and informative Connecting Country presentation last Thursday to an audience of about 75 people on ‘Fungi: the mysterious kingdom’. No one leaving the Campbell’s Creek Community Centre that night could be in any doubt about the beauty or the importance of these strange entities.

Another feature of our environment which is in even greater evidence at the moment is the micro world of the bryophytes: mosses and allied plants which are often seen in association with fungi and lichens. They attract attention with their vivid splashes of green around bushland, especially in relatively moist corners–but to really get the amazing interest of these plants it’s necessary to get down on your knees and have a close look, because most of them are only a few millimetres high. 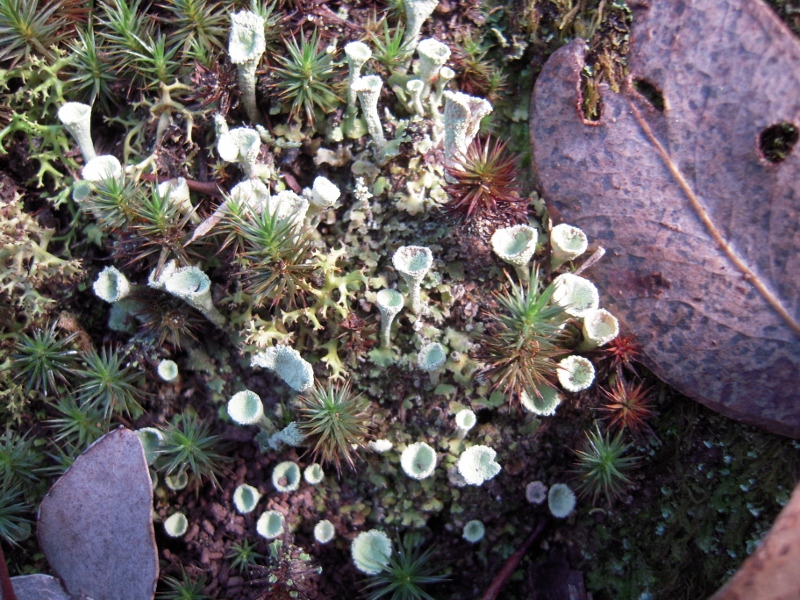 The cup like forms are a lichen, Cladonia pleurota. The miniature 'pine' trees are a moss, polytrichum juniperum. The red box leaf gives an idea of the scale. Smutta's Track, April 2011

These are ancient life forms, which existed on Earth long before flowering plants came along: maybe it’s for this reason that they have an otherworldly look about them. 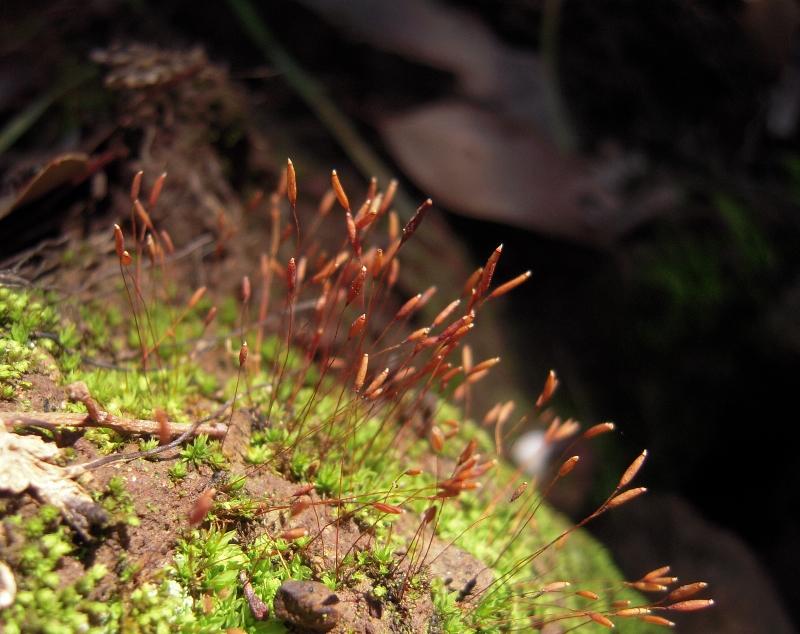 Mosses, fungi, lichens and liverworts don’t like dry weather, and weren’t so prominent during the drought. They’ve been quite spectacular in the last twelve months. Liverworts are possibly even more spectacular than the others. For a look at the fire dependent Marchantia berteroana, check our photo gallery.