The January floods caused a bit of angst in our community, with some trying to pin blame on Government bodies or current management practices.

At the AGM in July FOBIF members will be able to hear the viewpoint of CEO of the North Central Catchment Management Authority, Damian Wells.

Damian will talk about the challenges of catchment management in the context of the recent floods.

The floods were followed by a spate of calls in Castlemaine for massive vegetation clearance near waterways, as a way of lowering flood levels. 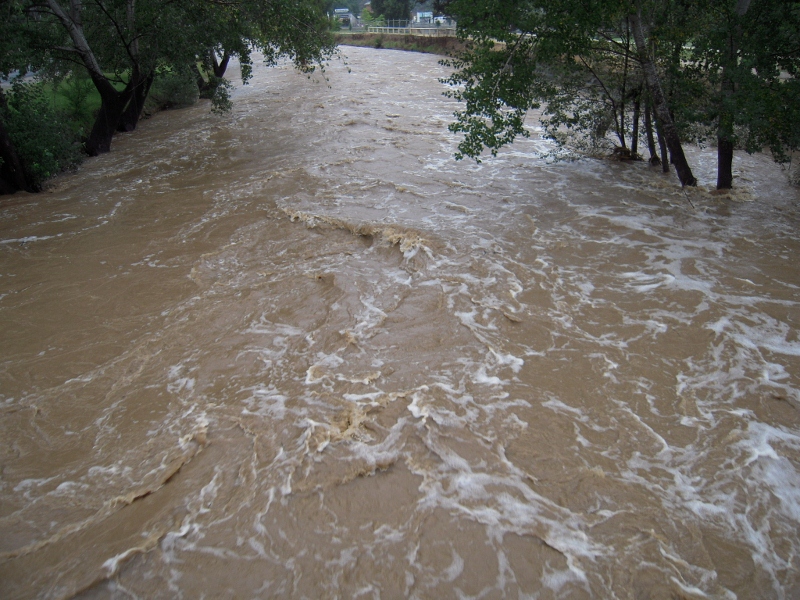 Does vegetation near streams raise water levels in flood time? The belief that it does partly arises from the fact that for decades landholders were encouraged to clear streams to ‘improve flow’.  Now when they see vegetation returned to the margins of waterways they assume that this will worsen flooding. In fact the effect is minimal. Readers are referred to an Australian Land and Water publication, Managing the effects of riparian vegetation on flooding at

Its cautious but clear conclusions include, in part:

‘–Adding or removing large wood (snags) in streams has little effect on the height and duration of large floods.

‘– Although the effect of riparian vegetation on flooding is modest in comparison to the effects of dams and river regulation, it should be considered in planning major revegetation works. The effect is largely positive for downstream catchments, where riparian vegetation will reduce the depth of flooding. The decreased flow depth comes at the cost of slightly longer flood durations.

Since vegetation helps control erosion and slow water flow, its absence can be disastrous in flood time. In the 1889 floods a murderous wall of water and sludge poured into Castlemaine. People were drowned. One reason for the sudden rise in water level was the lack of vegetation cover upstream.

We need to adopt sensible measures to protect housing in flood prone areas, but turning creeks into urban gutters isn’t the answer.

And that raises a further question, over development on flood plains. A columnist in The Argus on January 5 1889 asked: ‘How long…will people continue to tempt providence and risk destruction by placing their permanent homes on flats and below evident flood marks?’

The answer to that is, a long time. Readers of the Mount Alexander Shire newsletter will have noticed that the Campbell’s Creek Community Centre was flooded with 300 mm of water in January, requiring extensive repairs. The Centre was opened in 1983.

The AGM will be held on Monday July 11 at 7.30, at the Castlemaine Continuing Ed building in Templeton Street. It will be interesting to get the CMA perspective on the above and other matters.