Signs of the ancient and dynamic Earth 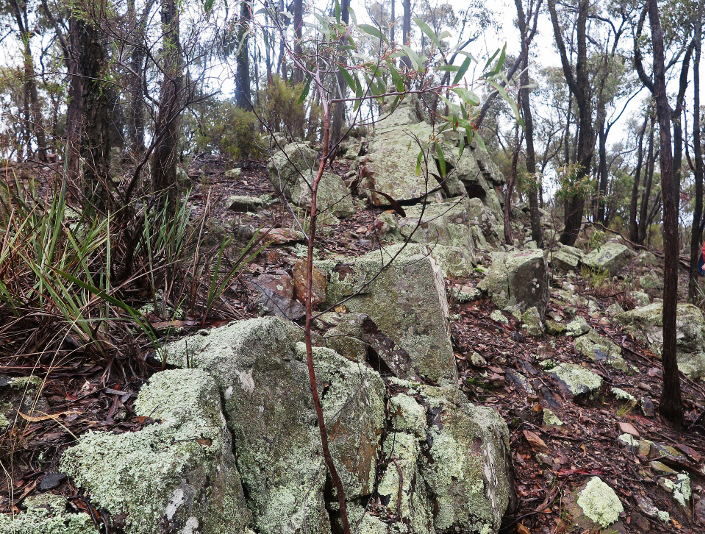 The mysterious sandstone layers of Castlemaine and Chewton are one of the most defining characteristics of the local bush. Like the bones of some ancient earthly animal, they form a pattern of upstanding ribs that hold clues to the land’s long evolution. Under a microscope, the sandstone is made up of untold billions of sand grains, and many have the distinctive features of grains derived from a granitic terrain – most probably the ancient Gondwanan mountains that rose to our west some 480 million years ago. The mountains were weathered down and rivers carried grain after grain to the ocean floor further east, showing us recycling is nothing new!

Having survived that little trauma, the grains remained happily undisturbed for 40 million years in their ocean floor beds. Then suddenly they were subjected to the relentless forces of plate tectonics. All the layers were squashed between the ancient Gondwana continent margin and the palaeo-Pacific tectonic plate to the east. These forces just happened to be east-west and so all the folded layers now run north-south forming a handy visual compass for our ramblings in the bush.

The sandstones of the bush might look ancient and immovable but they remind us of our dynamic Earth and the constant recycling of, well, everything!

Photo 2: The sandstone is stained by iron-bearing minerals and is cut by cracks, called joints

This is the eighth post in our geology series written by Clive Willman.

1 Response to Signs of the ancient and dynamic Earth