Some people think the world is a messed-up place. I prefer to stay optimistic but, I have to admit, when it comes to the rocks beneath our feet, it’s a pretty accurate view.

These anticlines are just a selection of the crumpled rock strata that make up Castlemaine’s foundations. At least twenty anticlines lie between Castlemaine and Golden Point Road and some have been traced downwards by diamond drilling for at least 500 metres. Anticlines, and their companion synclines, are everywhere.

The strata that wrap around these beautiful folds were originally laid down on the deep ocean floor. Back then, some 440 million years ago, mind-bogglingly powerful tectonic forces were messing with eastern Australia by deforming the strata then raising them to form land. It started with a tectonic plate pushing from the east creating folds that run in a north-south direction. Try this with a sheet of paper: anchor one end and push the other towards it and you will see a fold forming at right angles. Most Castlemaine anticlines have sharp, narrow hinges like ‘The Anticlinal Fold’ (Photo 1) in Lyttleton Street but some can be quite broad, especially if there are a lot of thick sandstone beds in the area (Photo 2). 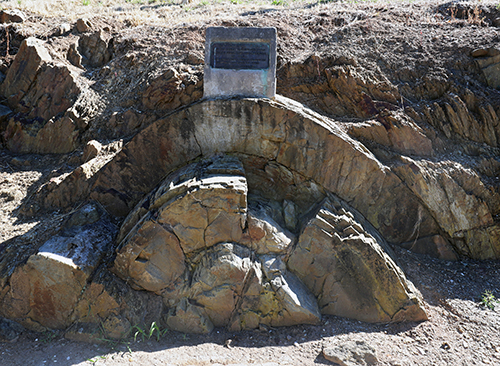 Photo 1: The Anticlinal Fold is fantastic because it shows so clearly the way sandstone layers are bent. Of course, they would have been quite plastic at the time of folding. 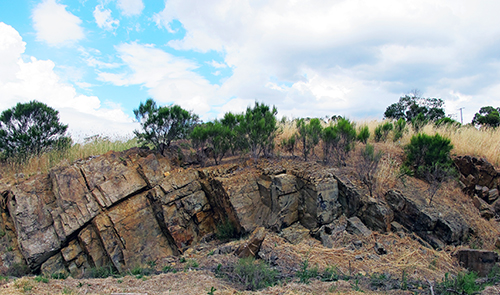 A lesser-known anticline is on the Kalimna Tourist Road (Photo 3) and a forgotten one is in Bull Street (Photo 4). 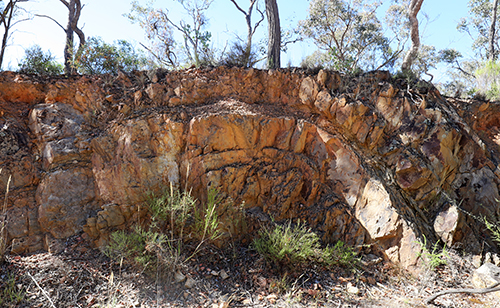 Photo 3: This anticline on the Kalimna Tourist Road is about 700 metres north of the top end of Lyttleton Street. It’s best to look at it from the north side. 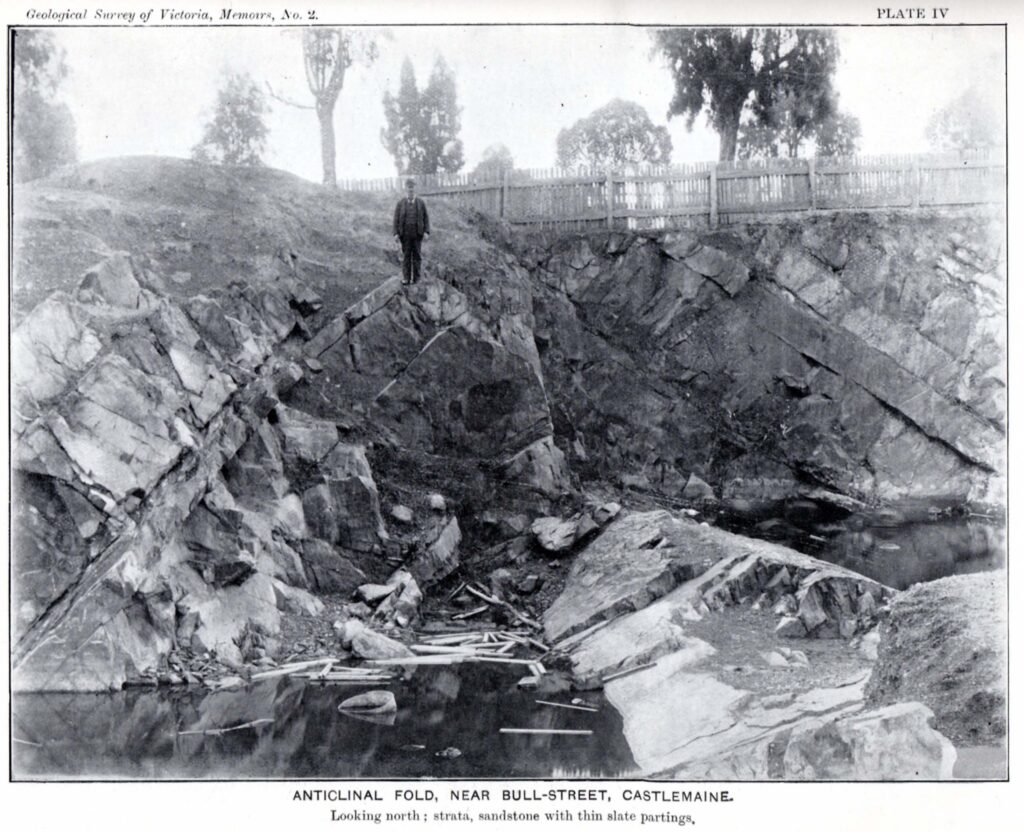 Photo 4: A very nice anticline on the south side of Bull Street about 70 m east of Kennedy Street – it was once a quarry and now is a Council depot. Memoir 2, Geological Survey of Victoria 1903.

This is the sixth post in our geology series written by Clive Willman.