Mt Franklin, or Lalgambook, is a volcanic scoria cone with a wonderfully preserved crater. Lalgambook was once thought to be 470,000 years old but a more accurate and surprising date was published in 2013; it turns out to be amongst the youngest volcanoes in central Victoria – a mere 110,000 years old. This is probably way too old to have been witnessed by first nation people, but they certainly witnessed eruptions in western Victoria as evidenced by the Bushfield stone axe, found buried by volcanic ash dated at about 34,000 years old.

Lalgambook would have started with a powerful and impressive display. Deposits along the north flank shows that the initial eruption was highly explosive with fragments of sandstone bedrock ripped up and mixed with scoria. This first unpredictable stage soon transitioned to a steady eruption of gas, ash and scoria fragments. The ash and scoria were thrown high into the air and quickly built the cone – scoria fragments called bombs, now seen along the entrance road, were welded together as they hit the ground. Some of the finer material would have formed an ash cloud that spread eastwards carried by the prevailing winds. 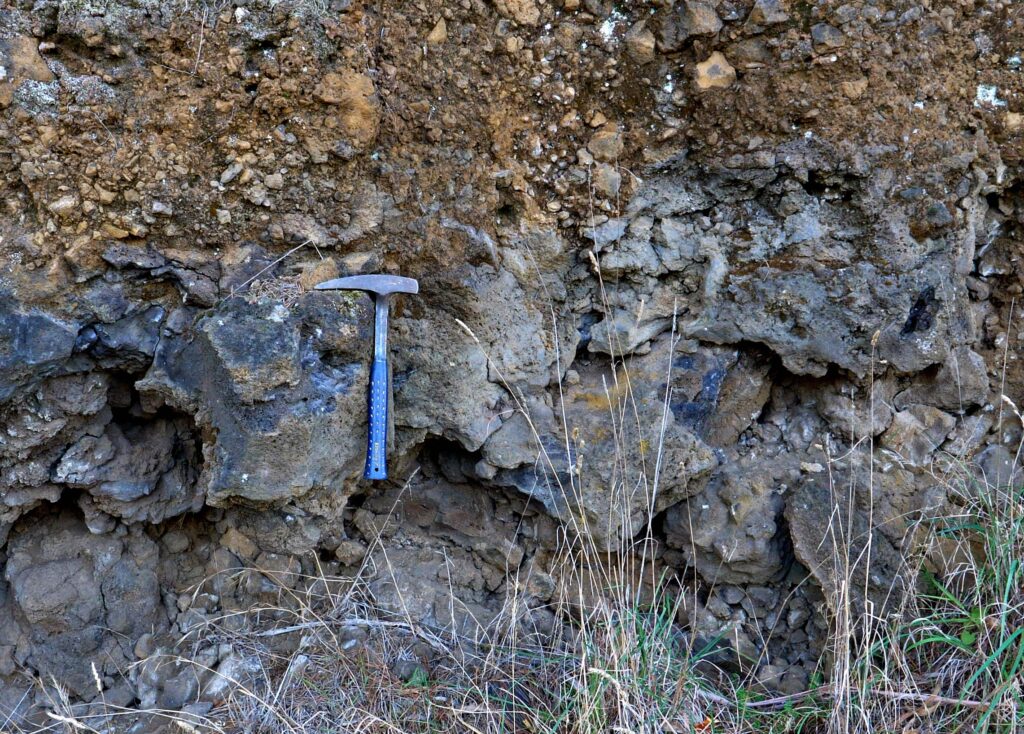 Welded scoria fragments (bombs) of all sizes can be seen along the entrance road to the Mt Franklin picnic area.

Mt Franklin was the largest volcano but several smaller eruption points are closely scattered around the mount. Lady Franklin is on the western flank of Lalgambook and an even smaller cone can be seen on the northeast side. Lalgambook would have been a mighty New Year fireworks display.

This is the fourth post in our geology series written by Clive Willman.