Looking down into the distant past

Geology creeps into everyday life in the sneakiest ways. Take Castlemaine’s gutters and buildings; they exhibit a gallery of local rocks. At Stonemans Bookroom corner, deep gutters are paved with sandstone blocks and a dash of Harcourt granite along the road edge (Photo 1). By adding a sprinkling of basalt around the corner we have three rocks representing the key events in our region’s geological history; sandstone from a vast and ancient ocean floor, a later intrusion of granite (granodiorite to be technical) and lava flows from almost yesterday. 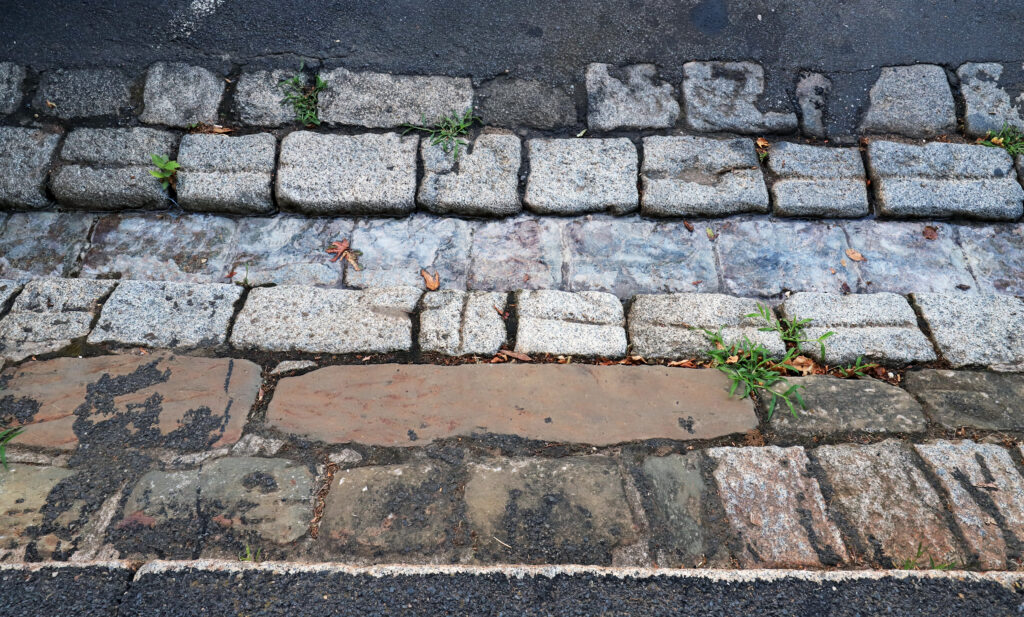 Photo 1: Gutter outside Stonemans Book Room with local sandstone on the inner edge and Harcourt Granodiorite forming the main gutter.

Posting a letter at the Post Office alcove in Lyttleton St gives a glimpse into two successive local metamorphic events (Photo 2). Look down at the magnificent slate flagstones that pave the Lyttleton Street alcove (also the Market building steps). They began as mudstone on the seafloor and later were weakly metamorphosed by heat and pressure, which converted clays to mica minerals. But it took a second dose of heat from the Harcourt granite to finish the job and harden the slate. Everything around the granite was baked hard so that the only decent and durable paving slate is found within 1.3km of its perimeter. 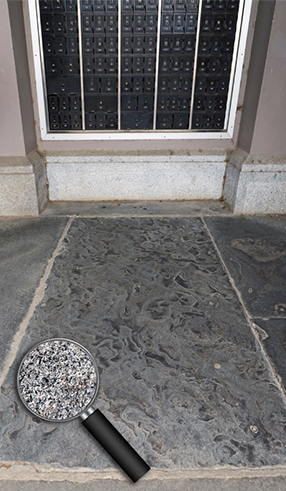 Photo 2: Slate paving in the Post Office alcove. The inset magnifier shows the typical spotted appearance of slates baked by the Harcourt granite. Note the granite has been used as a foundation stone which is common to other major Castlemaine buildings.

In the mid 19th century sandstone quarries were dotted all around the town. The Telegraph Station in Barkers Street, like many of our earliest buildings, is built of local sandstone (Photo 3). It has a beautiful warm colour with fascinating textures derived from its seafloor origins but the rock can become flaky where the clay content is high. 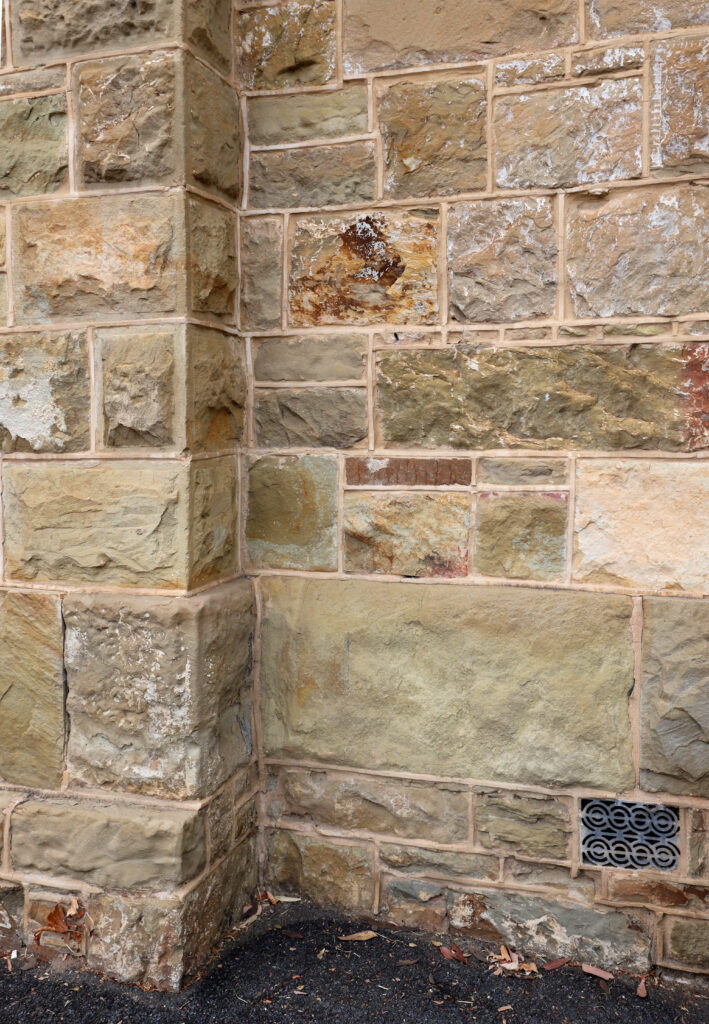 This is the fifth post in our geology series written by Clive Willman.

1 Response to Looking down into the distant past