In just one year, FrogID has generated the equivalent of 13% of all frog records collected in Australia over the last 240 years. The submitted recordings have resulted in over 66,000 validated calls and detected 175 of Australia’s 240 known native frogs. The data has informed scientists on the impacts of climate change and pollution on Australia’s frogs including the first evidence of the decline in Sydney of the Australian Green Tree Frog; the spread of the invasive Cane Toad; and information on the breeding populations of 28 globally threatened and 13 nationally threatened frog species. 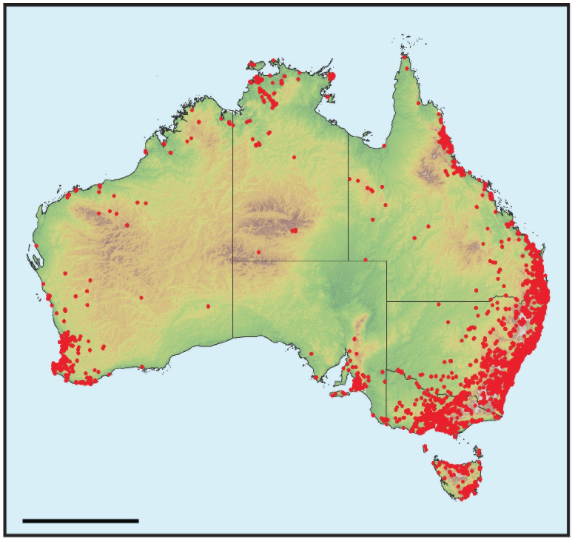 Location of all frog records for the first year of FrogID in Australia.