The 2017 FOBIF AGM will be held on Monday July 10 at 7.30 pm at the Ray Bradfield Rooms, beside Victory Park, Castlemaine. 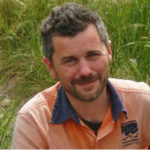 Our speaker this year will be Brian Bainbridge who has recently moved up to our district. For many years Brian has been a member of the Merri Creek Management Committee formed in 1989 to preserve and restore the natural and cultural values of the creek. He has been employed as the Ecological Restoration Planner and involved with Plains Yam Daisy and the Golden Sun Moth projects. More details of his talk will be posted on this site soon. An interview with Brian can be found here.

Do you want to play a role on the FOBIF committee? Or nominate someone else to the committee? All that’s needed is a piece of paper signed by the nominee, a nominator and a seconder–all FOBIF members. There’s no need of an official form, but for convenience, here’s a sample:

I accept the above nomination

The FOBIF constitution is the Model Rules of Association provided by Consumer Affairs Victoria. These provide that if the number of nominations received before the AGM equals the number of places, those nominated will be declared elected. If there is an excess of nominees over places, an election will take place at the meeting.

Please note that all FOBIF committee meetings are open to any member to attend and contribute. They are held at the Continuing Education building in Templeton Street Castlemaine on the second Monday of each month from February to December, at 6 pm.