Last FOBIF walk for the year

Last Sunday (October 16) Alex Panelli led the last FOBIF walk for 2016 in the Fryers Ranges. Alex has led several walks in the area and this time we explored some of the valleys descending from Fryers Ridge and Old Firetower Track. 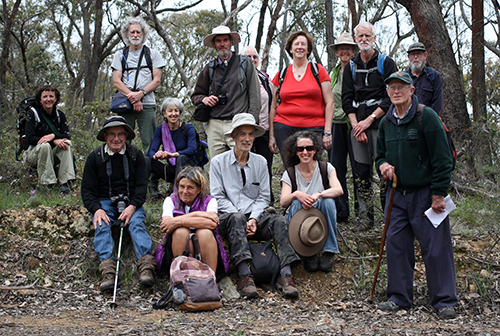 The group resting near the end of the walk.

Highlights of the walk were finding at least 30 examples of Mantis Orchid Caladenia tentaculata and Brown-clubbed Spider Orchid Caladenia phaeoclavia and being surrounded by scores of Caper White Butterflies as we ended the walk.

Here is a selection of photos by Peter Turner of plants in flower (click to enlarge). The last photo of a hat shows a few of the thousands of mosquitoes that accompanied us. 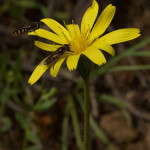 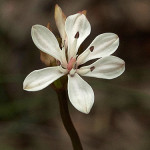 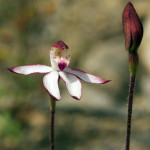 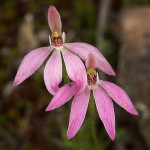 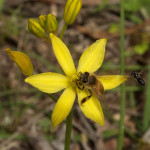 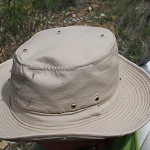 Mosquitoes coming along for the ride

Unfortunately there were a couple of disturbing sights. Several areas had been churned up by motorbike riding and digging by prospectors had caused extensive damage over a large area. 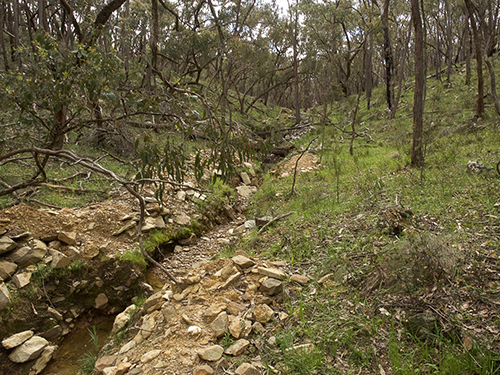