Bev Geldard who acted as MC began by reading an excerpt from a 2014 interview with Doug published in Earthsong magazine.  Sasha Shtargot was the interviewer.

Doug: I was deeply moved by a book about the Yarra River written by Maya Ward (The Comfort of Water, Transit Lounge 2012). In that she mentioned a story of some monks at a monastery who drew their water from one river all the time. They experienced the river, in a way they became the river. If you are drinking water from a particular area you are that water, you are the food of the area. Aboriginal people understand that – you just become part of the land.

I go for walks in the bush. It’s my way of meditating and sometimes afterwards I don’t know where I’ve been, I just blend with the landscape. One day I was walking in this way in a trance and all of a sudden I stopped – three wallabies were sitting nearby, eating calmly. Normally wallabies run away when a human is near, but these just sat there. I stopped and looked at them and they looked at me. It was a special moment. (Click here to see full interview which Earthsong has kindly provided us with.)

Jan Wositsky then read a eulogy that he had composed soon after Doug had died:

When Doug’s daughter, Lindy, rang and said that Doug had died, in the shock of it all it went through me that a mighty tree in the forest had fallen.

A tree of knowledge, a tree of wisdom, an old tree – a river red gum or a stout box – that had stood through changing generations and cultures of this town, and of this country. Read full text

The last reading was from Vagabond; the history of Charles Sanger which was written by Doug with Bernard Slattery and Deirdre Slattery. Bernard who couldn’t be there on Saturday wrote the following introduction to the reading:

Doug loved teasing out clues in the bush, reconstructing lives out of piles of rock, speculating about what anonymous hero had made a mark in some obscure corner. He believed these modest strugglers were every bit as important as famous public figures, and maybe more interesting as well. The bush was a place of natural wonders, but it was also a monument to those who’d made their lives in it, starting with the Aborigines. That’s why I picked this passage from the book; another reason is that it’s centred on one of Doug’s favourite places, Columbine Creek, in the Fryers Forest:

(Click here to read the passage from the Sanger book.)

Twelve people from the gathering then spoke about their special connection with Doug. Some were people he had taken on bush walks, some were people with whom he had worked with in political, community and enviromental organisations, his brother Greame Ralph spoke and Les Thornton read out a letter that Doug had written to the Castlemaine Mail at the height of the anti-pokies campaign. All speakers counted themselves as good friends of Doug and spoke of his wisdom, honesty, generosity and love of the bush. A special highlight was Christine Henderson singing ‘I’ll fly away‘ accompanied on the banjo by Jan Wositsky. We are hoping to post a video of these speeches at a later date.

There have been many tributes to Doug on social media and various websites. One which we received was from Chris Segar, a reporter from Cardiff, ITV Wales, who had heard about Doug’s death overseas. We meant to read this out on Saturday but it was overlooked. We have included it here.

Below are photos taken by John Ellis of all the speakers. (Click on images to enlarge.) 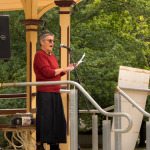 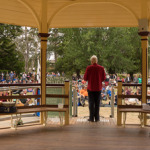 Jan Wositsky and the gathering 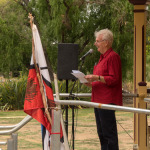 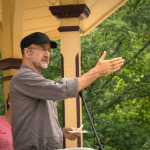 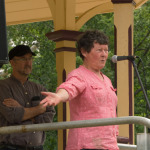 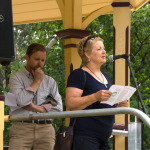 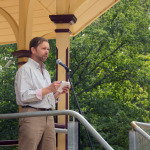 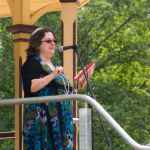 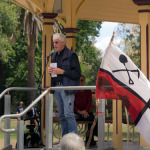 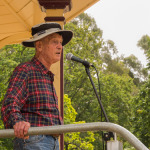 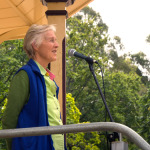 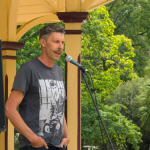 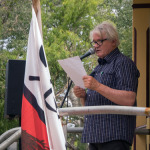 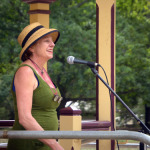 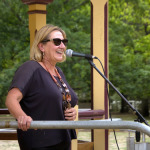