Yet another benefit from slowing down

The poet Les Murray has made the interesting observation that ‘the kangaroo has never heard of Australia.’ The point being that animals don’t see things the way we do. 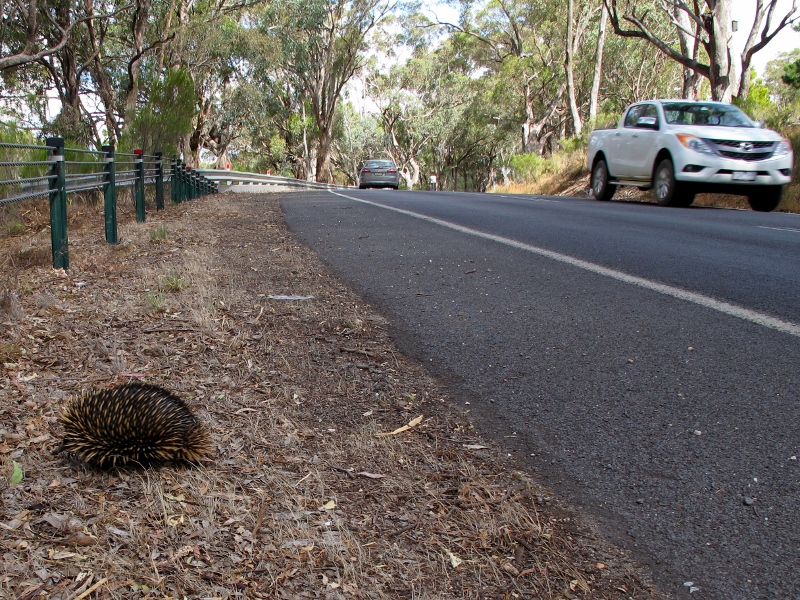 Pyrenees Highway Chewton, January 9 2014: this echidna amazingly made it across the road in heavy traffic.

Nowhere is this more evident on a daily basis than on our highways. According to the US National Highway Traffic Safety Administration figures, in 2007 at least one animal was hit by a vehicle travelling at speed every second—that’s about 86,000 a day!

The consequences for the animals in question are of course catastrophic: and when the animal in question is big, the dangers to drivers are clear. 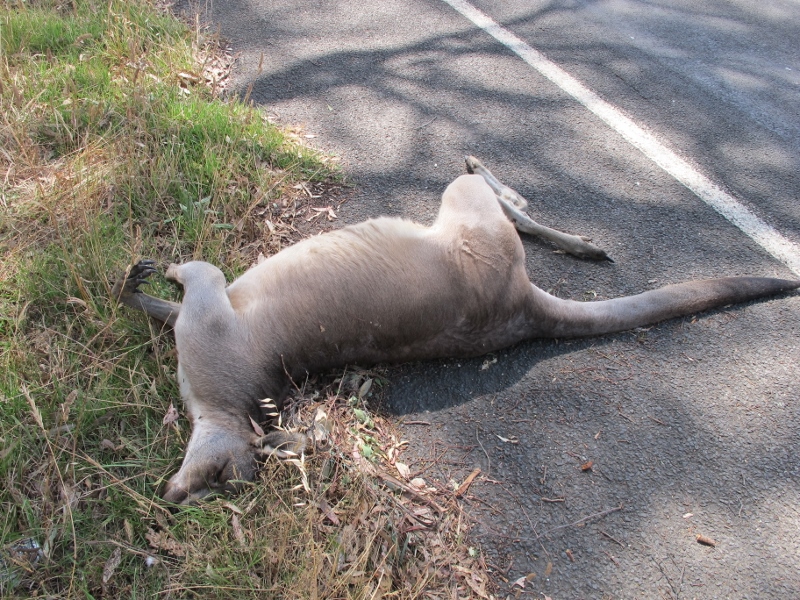 A hundred metres away, January 8: this kangaroo didn’t make it. Authorities estimate a 20kph slowdown could reduce collisions by half.

Traffic Safety estimates that you can reduce your chances of hitting an animal by up to 50% by reducing your speed in a known hit area from 100kph to 80kph.

Another consideration is the fate of smaller animals and reptiles, collisions with which may even pass unnoticed by the driver: reptile deaths on our roads are frightening. The Queensland Government Department of Main Roads quotes 1985 research to the effect

that some five million reptiles and frogs are killed on Australian roads annually. One researcher checking a half kilometre stretch of road in Western Victoria in 1991 found 419 carcases of a single species of frog, after a night of heavy rain. 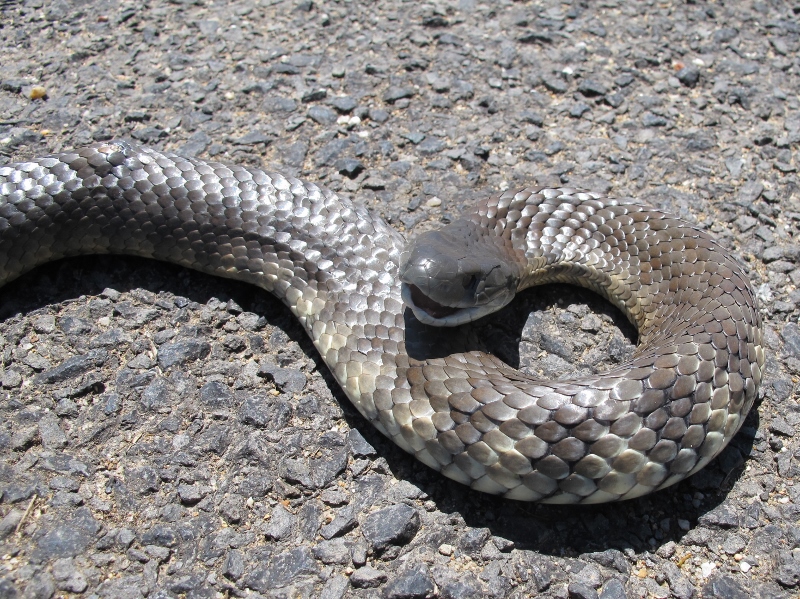 Midland Highway Yapeen, November 2012: the snake looks almost alive, but it’s one of the five million reptiles and frogs killed annually on our roads.

The moral is: take it easy.