The forum appears to be part of an effort by DEPI to communicate its efforts to get a more precise understanding of the effects of fire on the community and the environment. 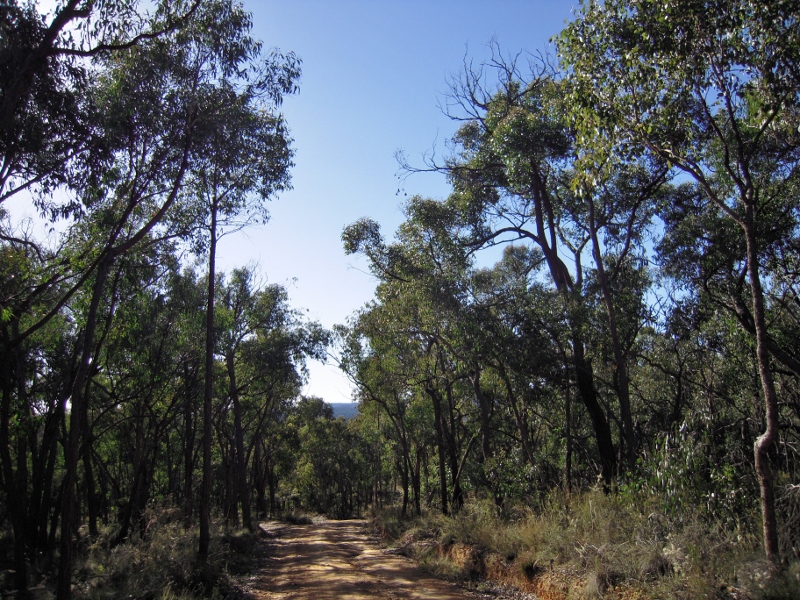 Wewak track, Castlemaine Diggings NHP: the draft environmental scan contradicts itself on the matter of the ‘fire dependence’ of our forests.

The information tabled at the meeting seemed heavily dependent on computer modelling. Questions were asked at the forum about ‘ground truthing’ of this modelling, and community representatives present were unconvinced by the answers.

Participants at the forum were presented with a draft environmental scan of the area which outlined the challenges and complexities of fire management. This document confirmed what we have often commented on: that DEPI confronts serious contradictory demands in its fire program. One example: winery owners prefer spring burning to autumn burning, because of the risk of smoke taint to grapes. Ecologists and apiarists dislike spring fire because it interrupts flowering and breeding processes. Unfortunately DEPI too often resorts to glib phrases like ‘trade offs’ to explain its activities, which more often than not sacrifice the environment for economic activity. Conservation organisations have consistently hammered the idea that we should aim for a better result for everyone—for example, by more detailed management of much smaller burns.

The evidence is piling up that the crude target of burning five per cent of public land every year [no matter how much land is burned in bushfires] is environmentally damaging and does not improve public safety. For that reason any process that contributes to a clearer understanding of the issues is good.

There were, however, a few unsettling blips in the info presented at the forum. A map on page 11 of the draft environmental scan shows that forests in the Mount Alexander region are ‘fire dependent’. This is NOT the case—as the text of the same document points out on page 9. Further, the scan appears to blandly accept the continuing development of housing in dangerous areas (page 20). This is not a simple matter, and the draft tells us that ‘new land use criteria will be developed as a result of the Bushfires Royal Commission.’ In our opinion these criteria are already overdue.

The forum was part of a process leading to the planned release of a new strategic bushfire plan by June 30 2014.