How well is ‘fuel reduction’ working?

It’s been a good Spring for weeds, and one of those doing best around our district is Wild Oats, which is flourishing on roadsides and street reserves, along Forest Creek, and in some bush areas. 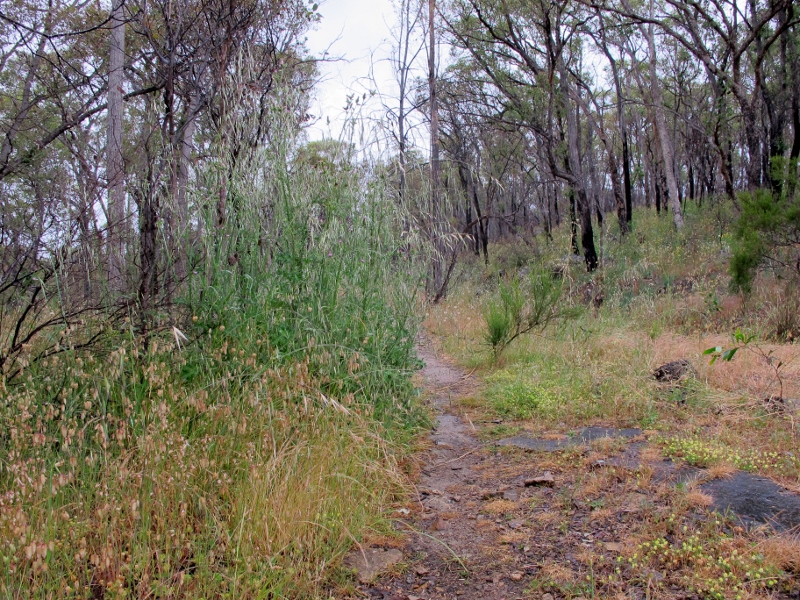 Interestingly, wild oats has sprung up abundantly in parts of the fuel reduction zone burned in Poverty Gully by DEPI last spring. The weed is also rampant along Forest Creek, burned by DSE in 2011. This illustrates one of the complexities of the use of fire to reduce fuel: it’s not always easy to say what will come up after the fire—although clues can be found by looking at what’s there before you burn.

And here’s a question: have the fuel reduction burns actually increased fuel? Weeds like wild oats carry about six times the fuel load of native grasses like Kangaroo and Wallaby Grass—so any increase in their extent will automatically increase the fire danger.

Wild oats can be controlled by targeted use of management fire: but there’s an important matter of timing involved. Fire has to be used before the grass sets its seed—that is, in late winter. If an area is burned after that, seed in the soil causes the grass to extend its range significantly.

This point illustrates the difficulty faced by DEPI. Already, the number of days the Department can burn is limited; on top of that, if burns are too indiscriminate serious damage can be done to the seeding and breeding patterns of native flora and fauna.

It would be too easy to blame the Department entirely for the proliferation of dangerous weeds like wild oats, because they’re all over areas which haven’t been burned, like township land. But two things are clear.

First, if DEPI didn’t have to spend a lot of time burning remote areas of bushland, it could put more resources into the careful, detailed management of fire prone vegetation close to settlement—including use of methods other than fire, like slashing.

Second: DEPI is theoretically obliged by its Code of Practice and Royal Commission directive to publish the results of its burn operations, both in fuel reduction and ecological effect. It does not do this. By refusing to release details of its burn plans, and of its monitoring of burns, DEPI gives the impression that it has something to hide. If it was more transparent about its operations, people like us might be a bit less critical of them.

We’re getting tired of Government officials boasting about how much land they’ve burned: what we want to know is: has this burning made us safer? 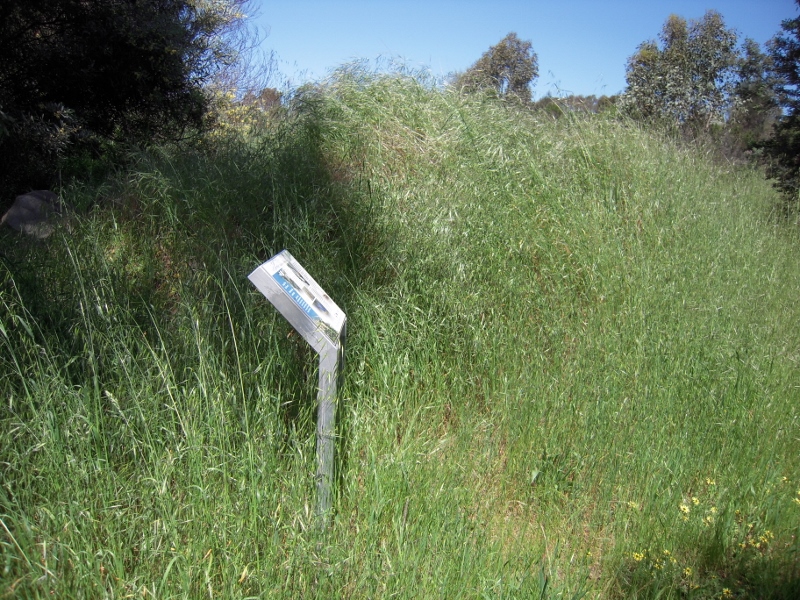 Flammable Widl Oats, Forest Creek track, November 2013. This area was burned in 2011. DEPI’s Code says that ‘the achievement of the burn aims will be monitored and reported.’ If they were, we would have a better idea of how the Department rates its reduction burns.