The Royal Commission Bushfire Implementation Monitor [RCBIM], Neil Comrie, has released his annual report. It can be seen online here.

Press accounts of the report seem to have concentrated on the Monitor’s criticism of the failure to build bushfire refuges. The report is, however, generally kind to the Government. On the subject of the planned burning program, the Monitor repeats his criticism of the hectare target, but is prepared to accept that the Government is at least thinking about moving to a more sensible method of fuel management. 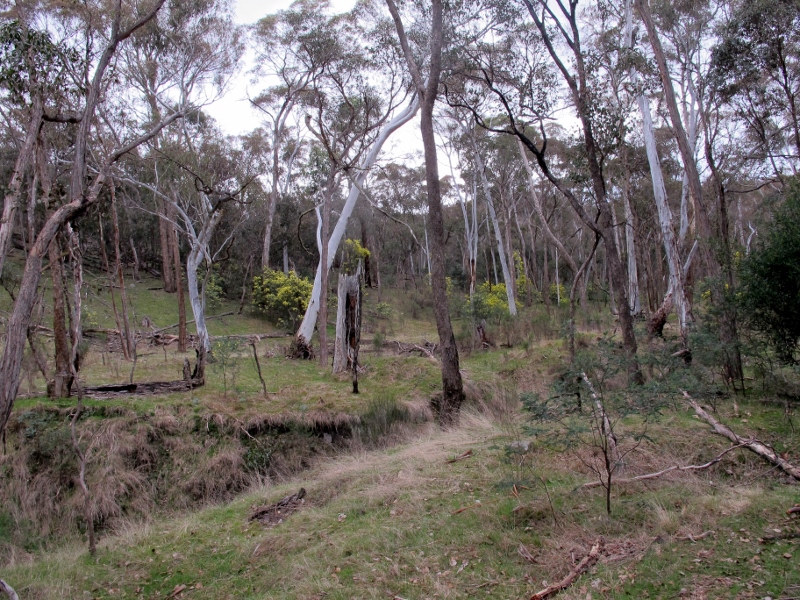 Remote corner of the Castlemaine Diggings NHP, slated for burning in the current Fire Operations Plan. The real issue isn't the area burned: it's what has been achieved, in safety and biodiversity.

His criticism of the hectare target is the same as the one he delivered in his interim report: effectively, he says that by having to concentrate resources on racking up burnt hectares, the Department is less able to focus its attention on areas of prime safety concern:

‘In the Final Report, the BRCIM advocated that the planned burning program be strategically focused on addressing high bushfire risk areas rather than on meeting the annual rolling target of five per cent minimum of public land as the primary focus… The BRCIM continues to hold the view that the pursuit of broad hectare targets alone will be ineffective in achieving the primary intent of the VBRC to ensure the protection of human life and community safety.’

To support this position he quotes Dr Malcolm Gill:

‘The real issue with targets is not the total area per year burned by prescription: it is the effect of fire regimes, including prescribed fires, on assets (human, property and biodiversity). There is a possibility that in meeting targets, the real issue of meeting ultimate objectives is overlooked.’

So, are we moving towards dealing with the ‘real issue’? The Monitor thinks so [see below].