Travellers across the Coliban River on the Taradale-Metcalfe road recently will have noticed that the river is looking terrible. Although there’s a very small flow,  the water is an unhealthy milky colour and there’s a peculiar scum on it.

The problem is that there’s been little rain since October and practically none this year. The Catchment Management Authority is aware of the problem, and is planning a small environmental release from the Malmsbury reservoir in the near future. 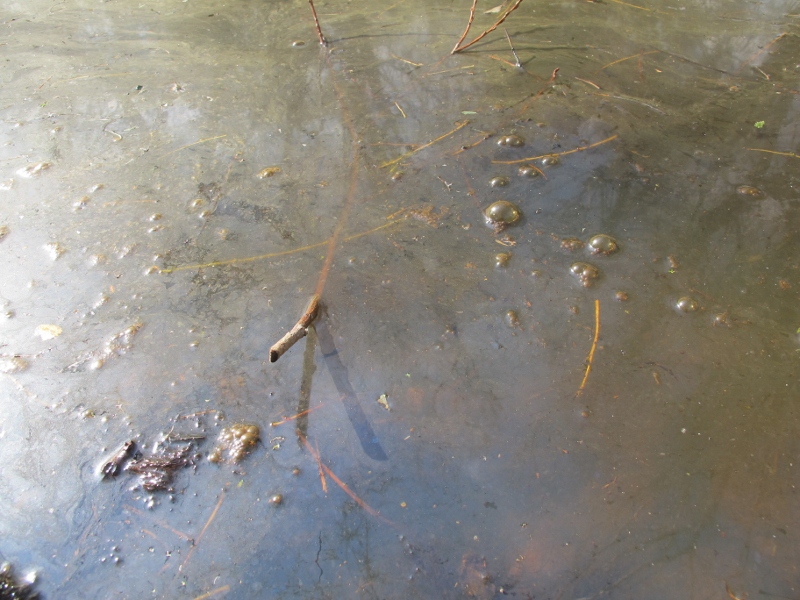 The Coliban at Taradale. An environmental release is planned to give the river a break: but maybe the Coliban would be in better shape if water wasted in the Poverty Gully channel in January had been put into the river instead..

There’s an interesting dimension to this problem. The water in the Malmsbury/Upper Coliban dams is managed by the Coliban Water Authority, mostly for community and licence holder use.. The CMA is entitled to a very small amount of this water for environmental flows into the river system.

The problem is that some of the water released to licence holders seems to be blatantly wasted. As an example: in January water was released into the notoriously leaky Poverty Gully water race. Although it’s hard to get a figure on it, Coliban water has conceded that a relatively small proportion of the water released at Malmsbury actually makes it through to Castlemaine. Sources at the authority tell us that they’d like to take the race out of commission–but for some reason or other they haven’t taken the necessary steps to do this.

The water released into Poverty Gully is relatively small, in the grand scheme of things: but when the Coliban river is sick, it would seem to be a better idea to give it a hand, rather than toss precious water into the air.