The photo below shows old sluicing pipes in the Fryers Forest. As they decay, they provide shelter for the growth of seedlings which will eventually hasten their destruction.

Is this decay the gradual fading of our heritage? Maybe–if we identify ‘heritage’ with old objects. 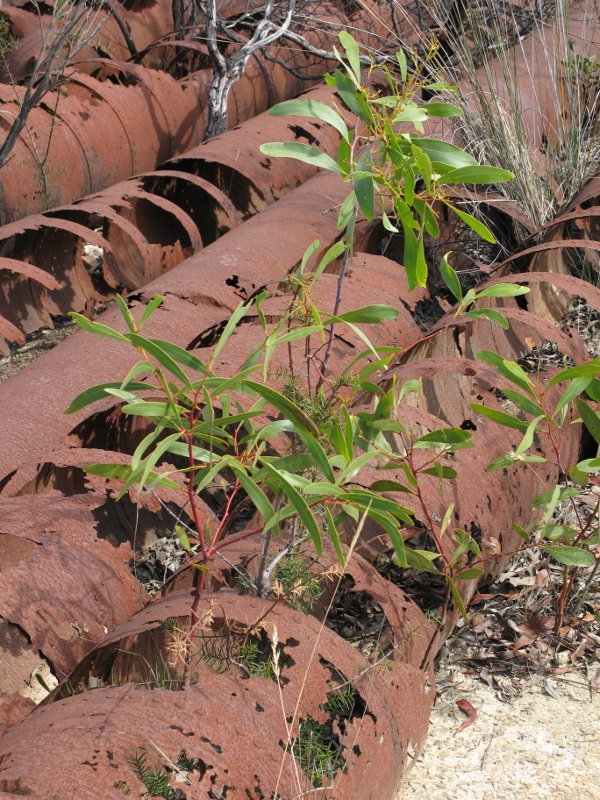 ‘The current forest setting is…an interpretive bonus for the Park.  It highlights the transience of mining, demonstrates the severe environmental impact that can result from inadequate environmental constraint, and illustrates some of the resilience of Australia’s native vegetation.’ (page 29)

The Operational Guidelines for the Implementation of the World Heritage  Convention (1999) note:

‘Cultural landscapes are illustrative of the evolution of human society and settlement over time, under the influence of the physical constraints  and/or opportunities presented by their natural environment and of successive social, economic and cultural forces, both internal and external.’ (paragraph 36)

All these ideas point to an emphasis on change, not preservation of relics.  As cultural historian Jane Lennon has put it:

‘Interpretation of the gold rush era has tended to focus on the heydays of the 1850s yet the traces of that era that we see in the landscape to-day are not the same as the rapid environmental chaos that followed then—150 years later the landscape has mellowed and taken on a new cultural identity that awaits deciphering by the discerning tourist.  How will this be done?  How can the landscape speak for itself?’ (Historic Environment VII 1 1989 page 28)

So–maybe there’s a bit of melancholy in those fading relics: but there’s plenty of compensation in the drama of the recovering bush. 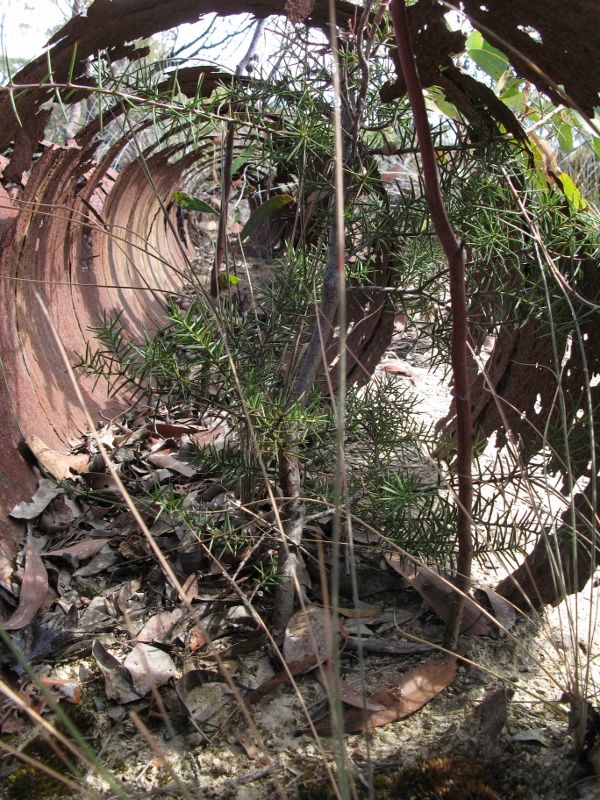 Hakea growing inside sluicing pipes: heritage is not a frozen landscape, but a changing one. Photo: Margaret Hogg

2 Responses to Where’s the heritage?