Eroded creek banks, although a blot on the landscape in some ways, also have their upside. At this time of year two quite different species utilise the eroded walls to build their nests at the end of tunnels in the soil. Whilst checking out the Rainbow Birds the other day I also saw two Striated Pardalotes diving in and out of their nest, quite close to the larger tunnel of some Rainbow Birds. One of the pardalotes spent quite a bit of time with wings outstretched as in the photo. Not sure why, but it made for a nice shot. 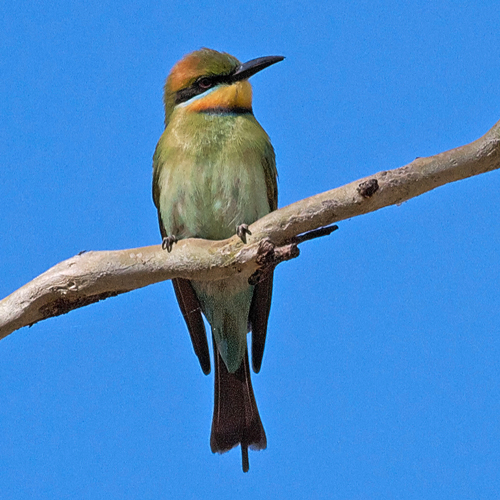 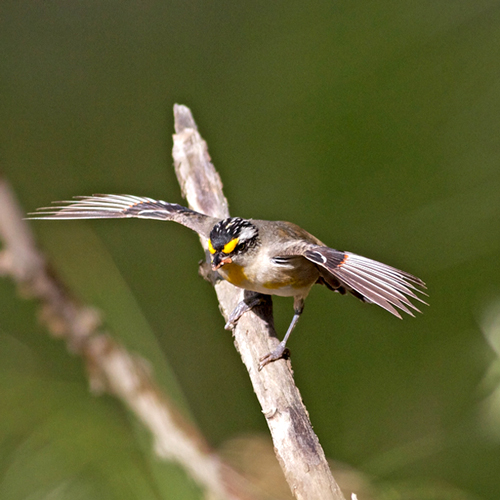 Nearby another small bird was calling – the Mistletoe Bird. Small, but quite striking in coloration. These birds are probably more common than you might think, but because they flit quickly high up in the foliage they are often hard to see. 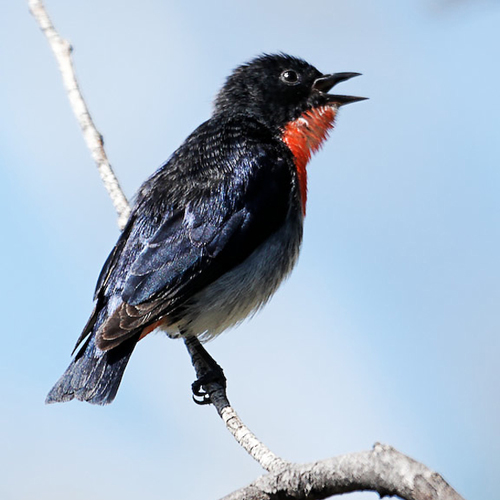 A raptor at Kalimna

At the other end of the size scale, this beautiful Black-shouldered Kite has been resident on the edge of Kalimna for the past few weeks, often to be seen early in the morning sitting up high surveying the grass for its next meal, and watching me as I water my vegetable garden. 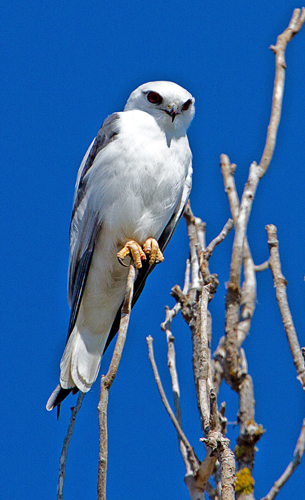