The brush tailed Phascogale, or Tuan, is FOBIF’s chosen symbol for a number of reasons: it’s an iconic box ironbark species, it’s endangered, and, let’s face it, it’s cute.

One of the interesting things about the Phascogale is that it has reacted to a decline in natural habitat in our area by adapting to human environments. A Castlemaine resident once found one in the pocket of a coat hanging in the porch outside his back door, and there have been quite a few found in people’s roofs. And we’re told that they’re quite fond of curling up in stubby holders! 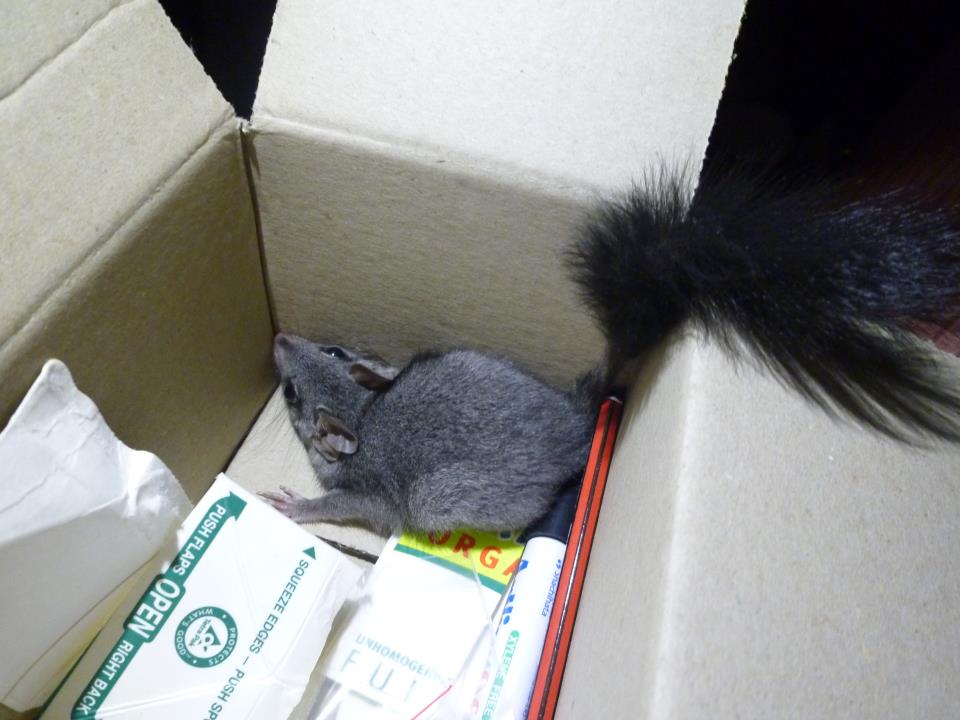 Tuan: it seems they often prefer the comfort of someone else's home. Photo: Doug Ralph

The photo above was taken in a house at Clydesdale. The baby was found in a box in a cupboard. The householders have put up nesting boxes but the Tuans think living in the house is better.

To have a look at five videos of tuans around the house in Clydesdale, click here