Local residents from Green Gully, Muckleford and Muckleford South, supported by local naturalists and groups such as Newstead Landcare and FOBIF, have been successful with their submission to have the proposed fire management zones for the southern part of the Muckleford Forest changed. A large part of this section of the forest (576 hectares) is proposed to be burnt this spring. After learning of the proposal for the burn, a number of people lodged submissions with DSE opposing the extent and severity of what was proposed. Their concerns included biodiversity, and the fear that such burns are increasing not reducing fire risk.

DSE then called an on-site meeting to talk it through, but while it was good to meet those in charge of the proposed burn and discuss issues, many at the meeting left still feeling very concerned. It was clear that the fire management zoning underpinned the burn plan, so the next step was to investigate whether the zoning could be changed. It turned out that the fire management zones were proposed – not final! So another submission was pulled together quickly on both the zonings and the specific burn.

The good news is that south of the Pyrenees Highway, Zone 1 will be changed to Zone 3. To the immediate north of the highway the Zone 1 Asset Protection will remain, but be reduced to a band of around 500 metres, with a 1000m Zone 2 Strategic Wildfire Moderation Zone to the immediate north, with the balance further north changed to Zone 3. But there are still some special areas within Zones 2 and 3 that will be burnt, and the next step is to identify these so we can ask DSE to avoid burning them. The only response from those who control the Fire Operations Plan is that they will burn in accordance with the zones.

The submission also advocated a whole of landscape approach to our area, suggesting that many of the highest fuel loads were in fact on roadsides and neglected private land, and that by considering both private and public land together we could all feel safer without our forests having to be sacrificed.  To date, DSE has not responded on this strategic  issue. 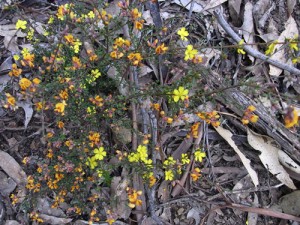