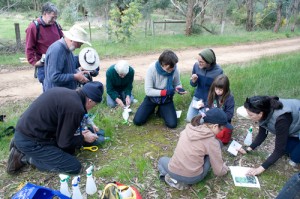 Fifteen people took part in a fascinating moss field day at Clinkers Hill Bushland Reserve on 27 August. This was part of the Moss and Liverwort project that is working on producing a brochure about local mosses and liverworts. The group spent two hours identifying, photographing and recording ten varieties of moss.

Beth Mellick from the Norman Wettenhall Foundation supplied magnifying glasses and recording materials for everyone.

The afternoon was led by postgraduate student Cassia Read. She wrote this summary of her background: 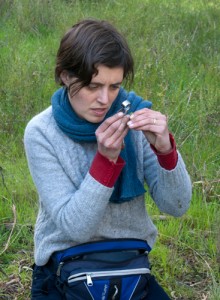 I’ve been studying and working in the field of ecology for the last 15 years, starting out with a botany degree at Melbourne Uni, followed by a mixed bag of jobs, including Fungimap coordinator, researching the evolution of plant architecture, and reporting on the impact of climate change on biodiversity in national parks. I’m currently doing a PhD at Melbourne Uni on biological soil crusts of the Mallee and Wimmera. Crusts are intriguing communities of moss, lichen and fungi that live at the soil surface in arid environments. These crusts have an important role in ecosystem function. I’m particularly interested in how they influence seed germination and survival and how they recover following livestock exclusion, as stock with hard hooves remove moss and lichens and expose the top soil to erosion. I’ve recently moved to Castlemaine. While my family and I are all enjoying the bush my two young daughters have quickly turned into ‘moss monsters,’ ripping up moss when we’re out walking so they can please mum with a handful of the precious green stuff.

Two of the mosses the group studied are pictured below in magnified form. 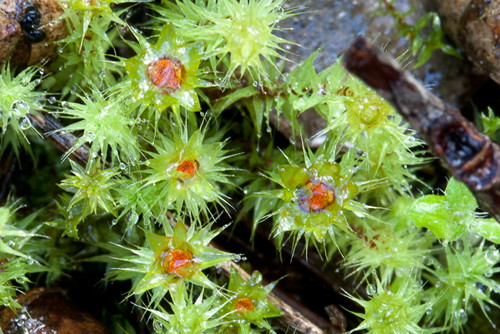 Breutelia affinist with male "flowers" (red/brown centre on the crown of the moss). Photo by Bronwyn Silver 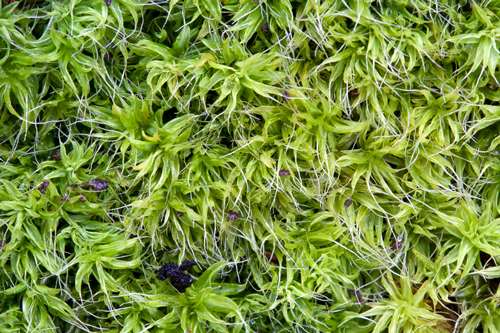 Barbula crinita. This moss has a long golden hairpoint and the apex of the leaf meets the hair at an obtuse angle. Photo by Bronwyn Silver

The project is supported by Friends of the Box-Ironbark Forests, the Norman Wettenhall Foundation and Connecting Country. If you would like to find out more information contact Beth Mellick on 5472 1316.

1 Response to Moss: Examining the detail