Spring is around the corner, with spectacular flowering of Hardenbergia, and emergence of many other flowering plants like Hovea, Daviesia and Hakea.

But by far the most prolific forms of life in the bush at the moment are the mosses and lichens, forming curious carpets and even aerial displays almost everywhere. The pics below show lichens of the Cladonia genus which form part of a group known loosely as squamulose: that is, they don’t cling to the surface, but send out independent, definitely three dimensional bodies off leaf like bases called squamules. Cladonia are normally found in damp, sheltered spots: 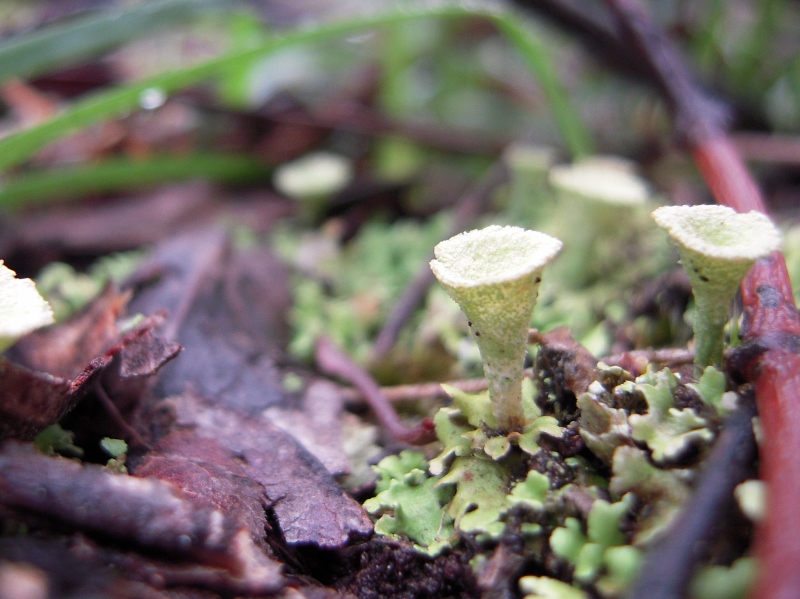 Cladonia sp, Smutta's Track: they don't look much from a distance, but have a strange fascination if you get down on your knees for a close up look. Photo: Bernard Slattery

Another three dimensional group are called ‘fruticose’. An example is the Usnea genus, or ‘beard lichens’, which can be seen on dead and even living twigs around our bushlands: 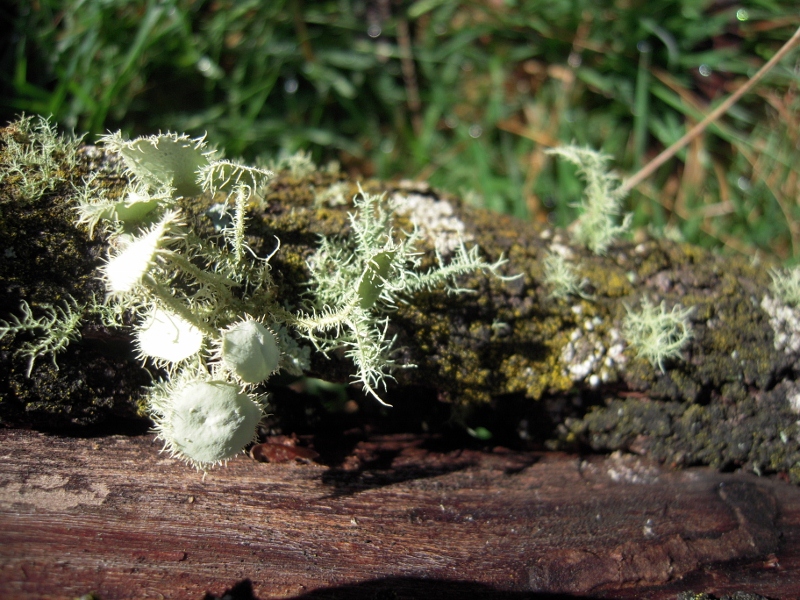 The microscopic strangeness of these combinations of alga and fungus should not blind us to their importance: they play a crucial role in creating and binding soil. On a more mundane level, lichens are indicators of air quality: they take in nutrients directly from

the air, can’t thrive in polluted air, and are therefore rare in cities. For that reason, it’s a little reassuring to see a foliose lichen like Xanthoparmelia hugging the road surface in many streets in Castlemaine, like the one below: 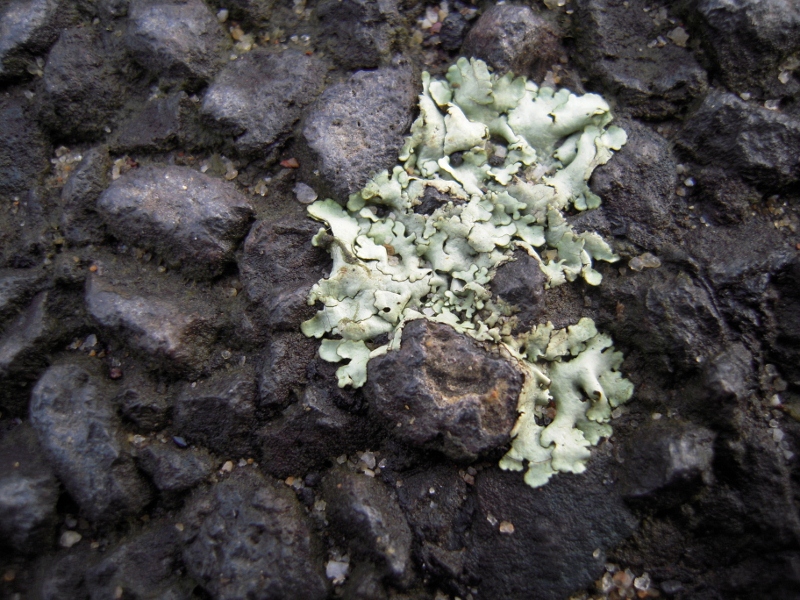 Different lichen species have different tolerances to pollution, but scientific tests around the world have shown that analysis of pollutants in some lichens can give as accurate a measurement of air pollution as can be got from expensive mechanical detectors.

Lichens have also been used by humans for a wide range of uses, including as dyes, perfumes and cures for baldness. We don’t recommend to members to go about experimenting in these areas, however.