Two FOBIF members recently visited the south end of the Castlemaine Diggings National Heritage Park to see what was in flower. Common Heath Epacris impressa in its pink and white forms was everywhere. 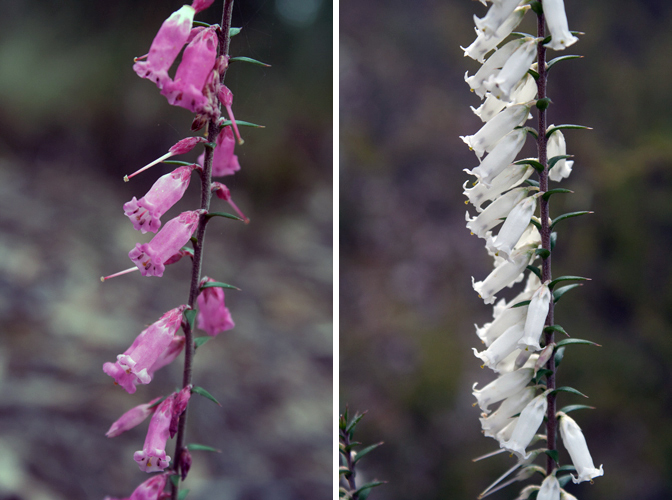 We spent some time observing a Black WallabyWallabia bicolour that was browsing on a Bush-pea shrub next to Porcupine Ridge Road and also found a profusion of bright orange Bracket Fungi Pycnoporus coccineus growing on a fallen log next to the Wewak Track. 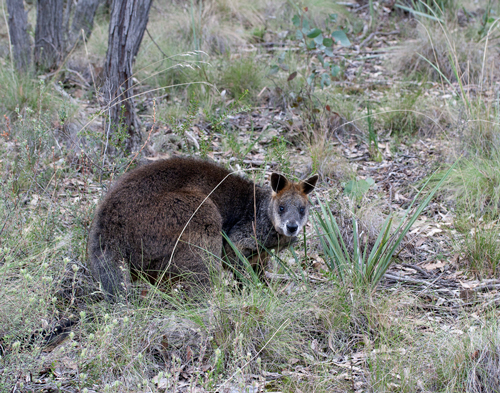 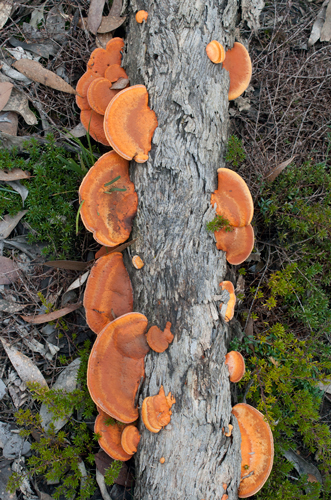