In line with changes to its Code of Practice, and with recommendations of the Bushfire Royal Commission, DSE has reduced the number of fire management zones to four:

Asset Protection zones are those which on the whole are treated most severely, ecologically speaking, because they are designed to protect human settlement. Nevertheless, all zones are supposed to be treated in a way which respects the environment: obviously there is no point in reducing the bush to a desert, or a dried out scrub even more fire prone than it was before. 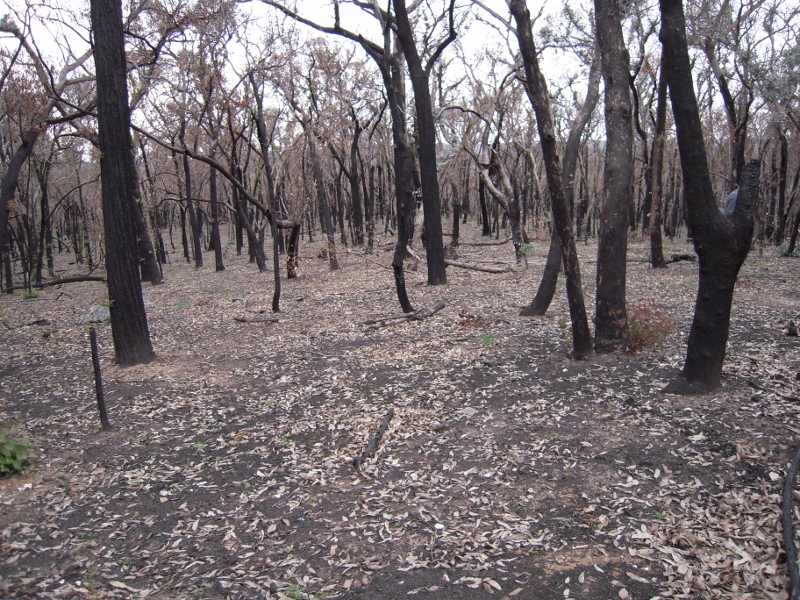 DSE burned a section of the Diggings Park in Autumn 2010. FOBIF believes the burn was so severe in parts that it killed large trees, and caused massive regeneration of stringybark seedlings. The net result is probably an increase in fuel load in the zone. The picture was taken in November 2010

We persist in the belief that with sensible policies over a range of issues [including controls on building in fire prone areas] safety and ecological health can be achieved. It’s not yet clear how the new zoning system will affect practice on the ground.